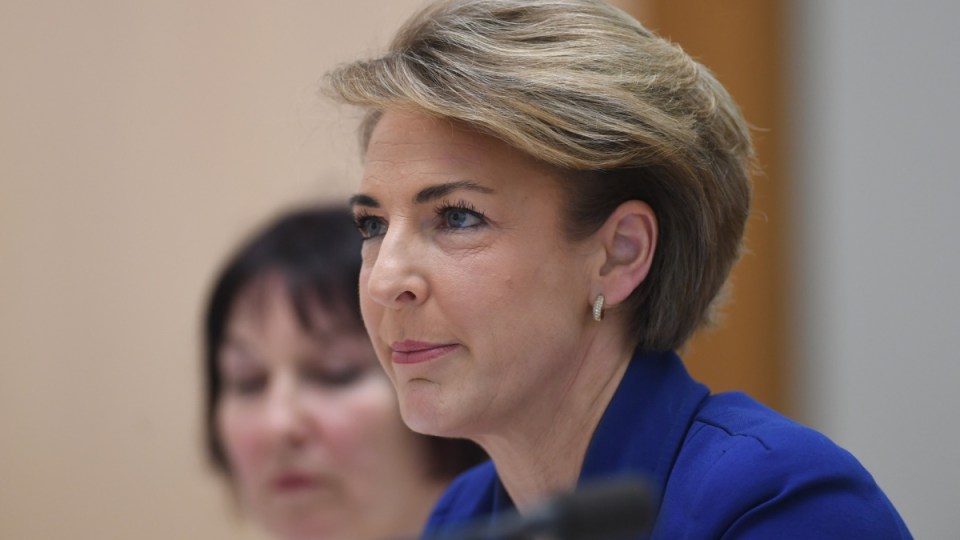 Michaelia Cash’s ministerial colleagues have defended the Employment Minister in the face of strident calls for her resignation after she admitted one of her aides tipped off media ahead of Tuesday’s dramatic police raids on Bill Shorten’s former union.

Fronting a parliamentary hearing on Wednesday morning, Senator Cash denied five times that someone from her office had told the media that the Australian Federal Police was set to raid Australian Workers Union offices.

But by Wednesday night – having earlier saying she was “frankly offended” by the allegation – Senator Cash confirmed one of her aides had quit.

Senator Cash revealed she had been wrong after a Buzzfeed report said journalists had told the website they were tipped off by an aide from the minister’s office.

“Michaelia Cash told the Senate the truth and as soon as she found out that she’d been misled she corrected the record. Nnow that’s all all you can ask her to do in the circumstances and I think she’s done the right thing,” he said.

Independent Senator Nick Xenophon said Ms Cash should not resign, but there should be an inquiry into the scandal engulfing her office.

Mr Xenophon said Labor’s call for her to resign is unreasonable.

“[We were] Literally passing each other in the corridor and stairwell, and she said it had absolutely nothing to do with her office,” he told ABC radio.

“At the time she told me, that I accept she believed that. Labor’s calls are not reasonable on the information before us. There ought to be an independent inquiry into this.”

Fronting a Senate Estimates hearing minutes after the story broke, Senator Cash said she had questioned her staff again during the hearing’s dinner break and that a staff member had “come forward”.

The senior media adviser had told one journalist the raids were set to take place, a fact he had learned from a “media source”, Senator Cash said.

She said she did not authorise the action and that the staff member, who was “very distressed”, had resigned.

“I have not misled the Senate because I gave evidence about my knowledge at the time,” Senator Cash said.

Asked if she would refer the staff member to the AFP, she said that was an action she would “take into consideration”.

In a speech to Parliament late on Wednesday night, Labor’s manager of Opposition Business Tony Burke demanded the minister resign, saying it “defies credulity that Senator Cash gave false information five times to the Senate and her staff said nothing”.

The fresh political headache for the Turnbull government comes with the High Court set to rule on Deputy Prime Minister Barnaby Joyce’s eligibility as an MP on Friday afternoon.

Senator Cash’s admission sparked fiery scenes in the committee room, with Labor frontbencher Doug Cameron accusing her of “wilful blindness” and throwing her staffer “under the bus”.

“How can we have confidence in anything you say ever again?” Senator Cameron said.

The Buzzfeed report came shortly before the Registered Organisations Commission – which instituted the raids as part of an investigation – was set to front a Senate Estimates committee.

On Tuesday, more than 30 Australian Federal Police officers raided the Sydney and Melbourne offices of the AWU as part of the investigation into donations made by the union a decade ago to the left-wing activist group GetUp!.

Camera crews were waiting when the police arrived on Tuesday evening to seize documents.

The donations were made while Mr Shorten was AWU national secretary and it has been alleged the payments were not properly approved by the union’s national executive. Senator Cash referred the allegations to the recently established ROC for investigation.

On Wednesday morning, Senator Cameron asked Senator Cash if “anyone in your office called any media outlets about 3.30 yesterday” about the raids.

Senator Cash replied that she was “offended on behalf of my staff as to those allegations”.

“They are very serious allegations and I refute them.”

Labor labelled the raids “grubby” on Wednesday, but Prime Minister Malcolm Turnbull hit back, accusing Labor of questioning the independence of the AFP.

He said it was appropriate that the commission investigate whether the donations were “authorised under the rules”.

ROC commissioner Mark Bielecki told the Senate a magistrate had accepted the commission’s argument there was a “very reasonable prospect” of evidence being tampered with, concealed or destroyed.

Mr Bielecki said the Australian Federal Police were involved because only an AFP officer could serve a warrant under the ROC’s laws.

The ROC had asked the AWU in August for the relevant documents to be provided voluntarily, but the union through its lawyers had declined, he said.

Grilled earlier over the tip-off and why the AFP was involved, ROC officials revealed on Wednesday night the raids were sparked after a “caller” had suggested possible document tampering.

ROC official Chris Enright said he could not say either who the caller was or whether they had revealed their identity because the investigation was ongoing and the legality of the warrant was before the Federal Court.

After Labor senators referred to the “caller” as an “anonymous caller”, Mr Enright interjected to say he had not characterised it in that way but would comment further.

Claiming Tuesday’s raids were illegal, the AWU launched legal action on Wednesday, and as a result, the AFP agreed it would not hand the documents to the ROC until the Federal Court had heard the case.

Crossbench senator Nick Xenophon, who supported establishing the ROC, earlier called for an inquiry into how the media was tipped off about the raids. He said the leak had undermined the commission’s work.

The call was backed by Labor.