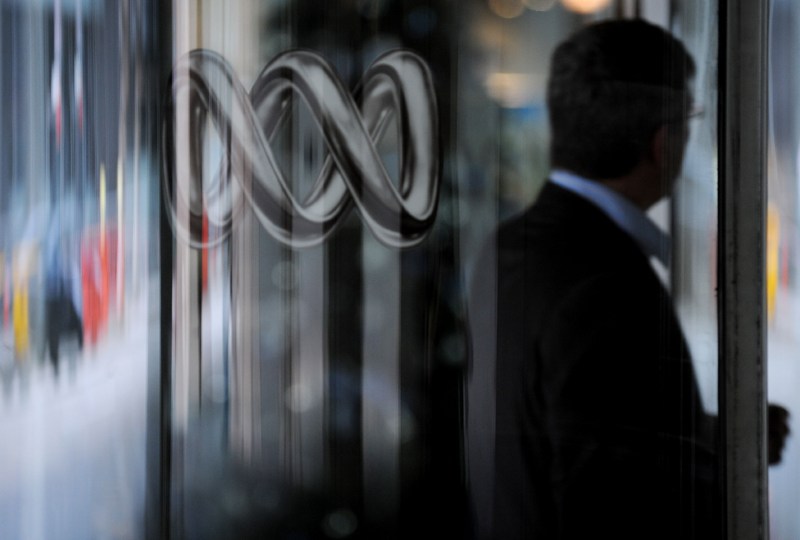 The internal debate at the ABC about the postal ballot is now public. Photo: Getty
exclusive

An ABC memo asking staff to remain impartial on same-sex marriage sparked protest and disagreement within the broadcaster earlier this year, as revealed by emails obtained exclusively by The New Daily.

In August, director of editorial policy Mark Maley sent an email to all employees stressing their responsibility to be fair and balanced in their coverage of the ongoing same-sex marriage postal survey.

The email also asked staff to be cautious when using social media, warning that “advocating for one side or the other will make it more difficult for the ABC to be seen as impartial”.

“Please remember that approximately 40 per cent of the population opposes the change and more importantly that the ABC does not have a position on the issue,” Mr Maley wrote.

Staff emails obtained under freedom of information laws, however, reveal the directive raised the ire of some at the national broadcaster, which conservative politicians and commentators have regularly accused of having a left-wing bias.

In a broadside sent to editorial director Alan Sunderland after the memo’s circulation, a journalist whose name was redacted in the documents questioned his employer for not taking a stand in favour of same-sex marriage.

“We would be on the right side of history to publicly support our many gay and lesbian staff members to be treated equally to the rest of us,” wrote the employee, before complaining that other media outlets allowed journalists to freely express their views.

I feel very strongly about this.”

Accusing same-sex marriage opponents who claimed religion in trying to disguise their bigotry, the employee claimed to have never heard “a single argument in favour of the status quo that is not bigoted in nature”.

The unnamed staffer also took aim at former primer minister Tony Abbott and other conservatives in the ‘No’ camp.

“Tony Abbott and his cohort are engaged in gay exceptionalism, given no other social issue has been decided via plebiscite,” the employee wrote.

“We should be collectively outraged. Isn’t the alternative giving undue weight to the opinions of bigots? Let’s not forget that Bill Shorten and Malcolm Turnbull will both be campaigning for the YES vote which hardly makes this a political issue. Being gay is not against the law in any state. Gay people are normal. They should be treated equally. It’s simple.”

Debate over the name of the debate

In a separate email, Philippa McDermott, head of indigenous employment and diversity, challenged a suggestion by Mr Maley that journalists use “same-sex marriage” as a more neutral term, rather than “marriage equality”.

“‘Marriage equality’ was incorporated as a term to include gender diverse, especially non-binary and intersex people in to this conversation,” Ms McDermott wrote in an email sent to community engagement head Michele Fonseca and forwarded to Mr Sunderland, referencing discussions with the ABC’s LGBTI pride group.

The head of diversity also pushed back against Mr Maley for writing that “we should not censor any debate conducted in good faith” even though some coverage would inevitably offend people.

“I think this would be a good moment to remember that the ABC is not exempt from the Anti-Discrimination Act,” Ms McDermott wrote.

Mr Sunderland responded by saying “no one would ever suggest that ABC News is exempt from the laws of the land in any way”, but the broadcaster had to cover the debate “without fear or favour”.

An “openly gay” staffer, meanwhile, raised concerns about the impact of the survey campaign on LGBTI employees, asking how management would protect them during what would likely be a “very traumatic time for us”.

Another unidentified employee asked what rules the ABC had about attending rallies and other campaigning, to which Mr Maley replied that “low-key participation is OK. i.e. if you’re just an anonymous face in the crowd it does no harm”.

The ABC told The New Daily it was committed to engaging with the concerns of all employees, while ensuring it provided accurate and impartial coverage on the issue of same-sex marriage.

“The ABC’s approach to such important and deeply personal issues will always be subject to healthy debate both inside and outside the organisation,” a spokesman said.

“Any concerns raised were few and far between and provided an opportunity for engagement and explanation. The end result has been a consistent and successful approach from the ABC to its coverage.”