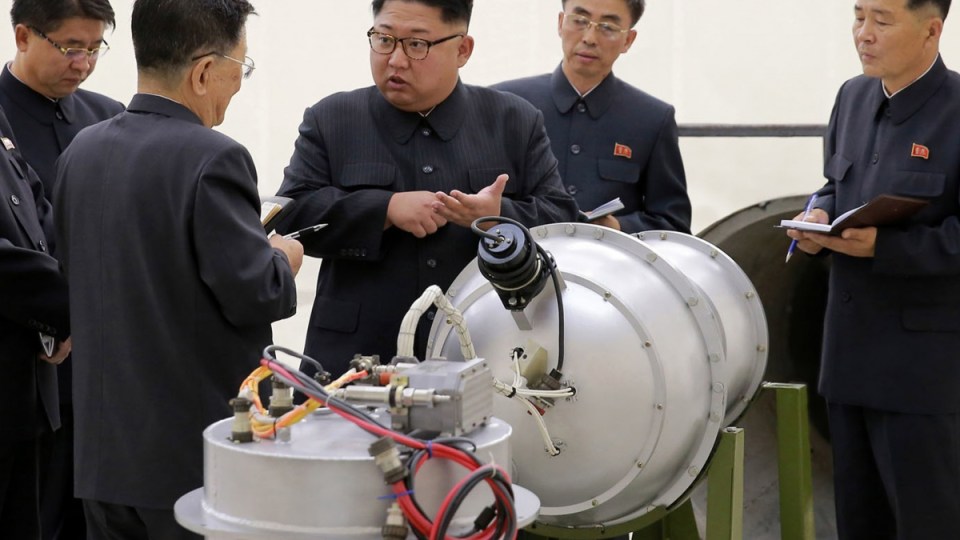 North Korea has threatened Australia with “a disaster” for aligning itself with South Korea and the United States and for its tough attitude toward the Pyongyang regime, according to state-run media.

“Should Australia continue to follow the US in imposing military, economic and diplomatic pressure upon the DPRK despite our repeated warnings, they will not be able to avoid a disaster,” state news agency KCNA warned.

The statement references the visit to South Korea this week by Foreign Minister Julie Bishop and Defence Minister Marise Payne during which they met their counterparts and visited the truce-village of Panmunjom.

Panmunjom is located within the tense demilitarised zone (DMZ), a 4km-wide strip that separates the two Koreas, which have technically been at war for more than 65 years.

“Lately, Australia is showing dangerous moves of zealously joining the frenzied political and military provocations of the US against the DPRK,” KCNA said in a statement on Saturday.

“The Australian foreign minister personally expressed her support for the stand of the US to consider all options including the use of force towards the DPRK, and turned up at Panmunjom on October 11 together with the Australian defence minister to condemn the DPRK during her visit to South Korea,” it added.

During the visit, the ministers stressed the need for diplomatic pressure to thwart North Korea’s nuclear ambitions and urged the country not to carry out any more weapons tests and halt its nuclear and missile program.