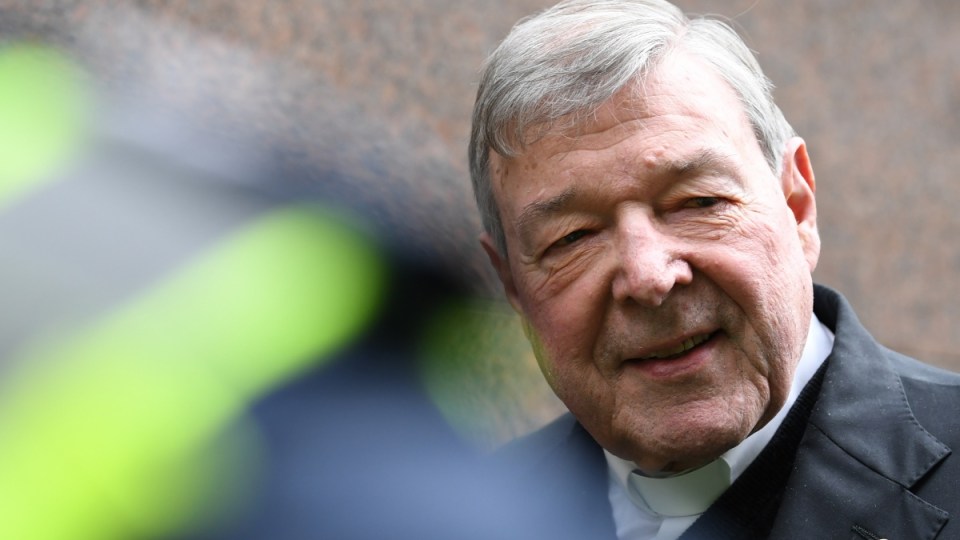 I never forget how exasperated I felt as a young girl, watching the desolate scene in the historical 1939 American film epic Gone With The Wind, when a starving Scarlett O’Hara is scrambling in the dirt for a mouldy vegetable.

“Oh Lucie,” my late grandmother turned to me and said. “This is only halfway. When this was on in the cinema this was when they bought round the ice-creams.”

Two more hours to go? I could hardly bear it.

We’d already had two hours of deaths, civil war, blighted romances and oh, the drama, so much drama.

And so it came to pass I was reminded of this grim childhood VHS memory at Cardinal George Pell’s second court appearance on the matter of multiple allegations of historic sexual abuse.

The wheels of Victorian legality are moving so slowly this is turning into our own home grown, drawn out epic – watched by a global audience due to Pell’s senior standing as the Vatican’s treasurer.

We learnt that it will be a full five months until the actual committal hearing. It will last four weeks and will involve cross-examining over 50 witnesses.

It will then be decided whether the case moves to a higher court for trial. If and when that occurs it probably won’t be until late into next year.

Some of us including reporters, police officers and the many witnesses, of course, have been on this road for over two years now. It’s a serious matter. The Cardinal denies all the allegations against him. His future is at stake. So is his reputation. Justice must be conducted properly and fairly.

But it turns out all the drama and intrigue endured so far was just part one.

One journalist, the ABC’s Louise Milligan, even wrote, published and publicised a whole book before Pell had even been charged in June this year.

For me, personally, I first started investigating Pell in April 2015, zig-zagging across the state from Gippsland to Ballarat.

The ramifications of my eventual main scoop on the secret Sano Taskforce dossier on Pell caused me no end of trouble and strife. But that’s a whole other rollercoaster epic in itself for another time.

In short, this saga is, for many, technically into its third year now and has already changed lives and even the course of careers. By the way things are going it could be another couple of years before it’s all over if there are any split trials or appeals.

There is still so much secrecy surrounding this case that, due to legal reasons, I cannot report details of what unfolded in Court 1 of Melbourne Magistrates Court on Friday.

But I can say the notably paler Cardinal sat behind his legal team as the proceedings unfolded.

Robert Richter, QC, Pell’s dapper and hugely expensive barrister, spoke at length regarding the cross-examination of the witnesses at the committal.

He later floated out of the court with Pell, accompanied by a dozen cops and former Director of Catholic Communications Katrina Lee.

They emerged into the re-loaded media bait ball that rolled around the corner to Richter’s office on Lonsdale Street.

Rest assured the legal detail will come your way, eventually. But get out the ice-creams folks. We have a long interval now before it’s time to start part two.

Lucie Morris-Marr is an investigative journalist and contributor to The New York Times, Daily Mail Australia and Byline. She has worked as a senior writer at the Herald Sun where she broke the world exclusive about the secret SANO Taskforce investigation into Cardinal George Pell. She will be covering Pell’s legal proceedings exclusively for CNN and The New Daily.