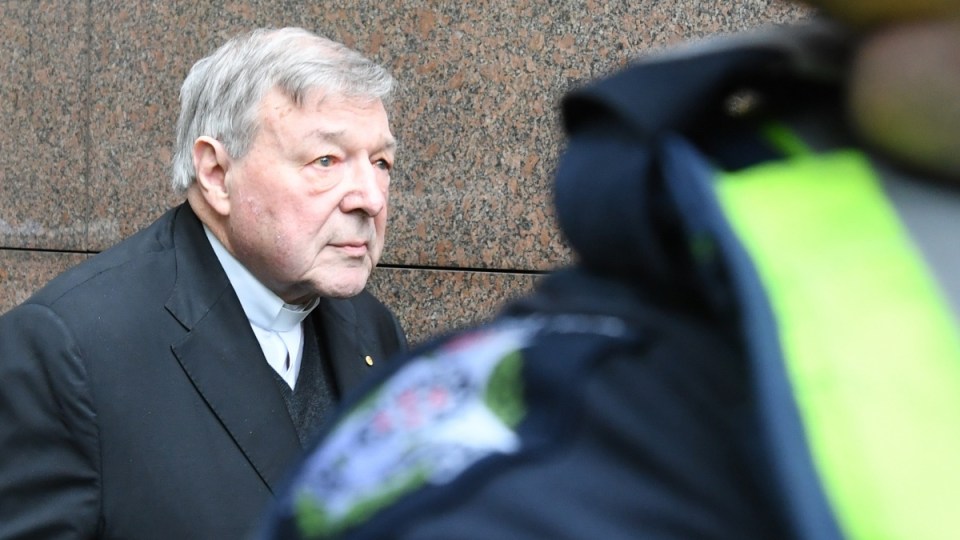 Cardinal George Pell was heckled by protesters after appearing at a Melbourne court over multiple historic sexual abuse charges.

He is due to return to court on March 5 for a four-week committal hearing when it will be decided whether there is enough evidence for him to stand trial.

His lawyers have previously indicated he will plead not guilty to all charges.

He is the third most senior Vatican official and the highest-ranking Catholic official to be charged with sexual abuse.

Security was again tight at the Melbourne Magistrates’ Court on Friday morning, drawing a crowd of about 30 reporters who waited for hours ahead of Pell’s anticipated arrival.

Accompanied by his barrister Robert Richter QC and a band of police, Pell was heckled by protesters as he entered and exited the courtrooms but did not react.

Cardinal Pell’s lawyers will argue that some of the allegations, those involving Melbourne’s St Patrick’s Cathedral, could not have happened.

“We propose to demonstrate to Your Honour that what was alleged was impossible,” Pell’s barrister Robert Richter QC told magistrate Belinda Wallington.

Some of the witnesses will say they did not see anything or do not remember, the Melbourne Magistrates Court was told on Friday.

Mr Richter said the defence needed to cross-examine witnesses to probe their memories of events.

“The notion that it couldn’t happen needs to be explored,” he said.

Ms Wallington said there was no need to call four of the witnesses in dispute, but she allowed others to be called.

“I tend to think it’s appropriate to allow people’s memories to be further explored,” she said.

Friday’s turnout is more low-key than Pell’s first court appearance on July 26 when a 100-strong group of national and international media swarmed the cardinal as he walked the 100 metres from his barrister’s office to court.

Friday’s 20-minute hearing was mainly a discussion about which witnesses will be cross-examined at the committal hearing.

“For the bulk of the people who are objected to, cross-examination would be short and they are of concern simply because we need to be able to prepare for trial to present the defence,” Mr Richter said.

It is at the committal hearing that a magistrate will decide if there is enough evidence for the case to go to trial in the Victorian County Court.

Cardinal Pell is not required to enter a formal plea unless he is committed to stand trial.

The former Sydney and Melbourne archbishop and Ballarat priest has taken leave from his position as Vatican treasurer to return to Australia to defend himself.