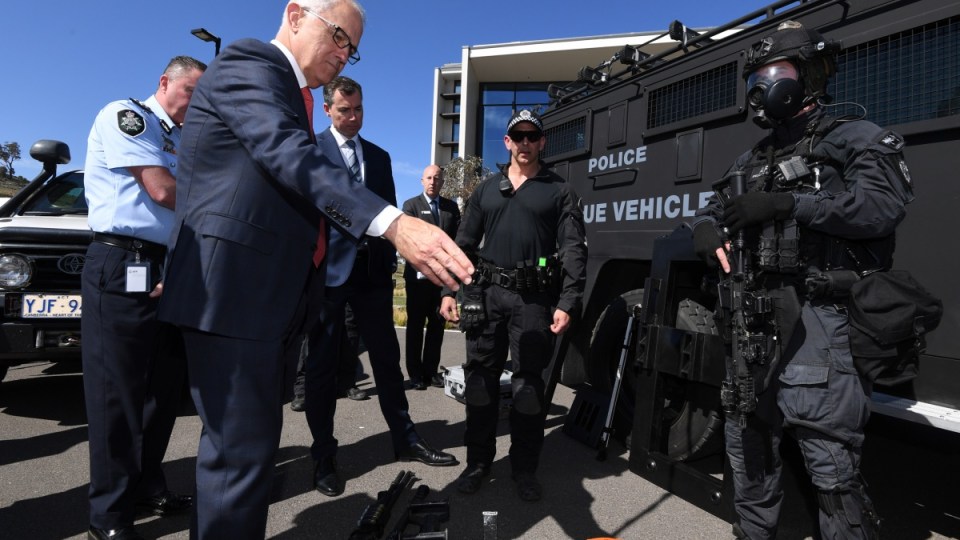 Malcolm Turnbull is pushing forward with anti-terror laws described as “draconian” by civil liberties groups and a drivers’ license data-sharing proposal that has been labelled a “full-frontal attack” on personal privacy.

Under the proposal, to be considered at a special terrorism-focused Council of Australian governments meeting on Thursday, states and territories would hand over all drivers’ licenses to allow federal authorities to identify people in airports and shopping centres using facial recognition technology.

Mr Turnbull will also push to nationalise laws currently in place in New South Wales that would allow police to detain a terror suspect – who could be as young as 14 – without charge for 14 days.

The first proposal drew a furious response from privacy advocates on Wednesday, while some terrorism law experts questioned the need to extend pre-charge detention laws as government overreach.

Describing the proposal as an “overreaction”, Dr McGarrity said existing laws already allowed people to be held pre-charge for up to eight days.

There were no instances she was aware of where an “extra six days would have made a significant difference in making a prosecution or preventing a terrorist attack”, she said.

“In the absence of that I just don’t see a justification for further incursions of civil liberties,” she said.

While NSW adopted a 14-day maximum pre-charge detention regime under former premier Mike Baird, the period is seven days in most states and only eight hours in South Australia.

NSW Council for Civil Liberties President Stephen Blanks told The New Daily the proposed pre-charge detention law was “draconian” and should not be nationalised.

“They are not consistent with fundamental freedoms and liberty,” he said.

But Deakin University terrorism expert Greg Barton said they would be “rarely used” because the Australian Federal Police was conscious of not losing the public’s confidence.

“As long as we see an approach that is cautious and measured, we should not be concerned,” Dr Barton told The New Daily.

Mr Vaile told The New Daily people did not consent for their photo or other data to be used by the federal government when they applied for drivers’ licenses.

He said the measures would be subject to safeguards, including that a judicial officer such as a magistrate would have to approve any period of pre-charge detention.

Mr Colvin said he was “very comfortable” with police analysis that showed 14 days was “an appropriate amount of time with the right safeguards”.

“What we’re talking about is taking drivers’ licences and other photo IDs that are in the government domain and … being able to access them swiftly and using automation to do so, rather than being a clunky manual system.”