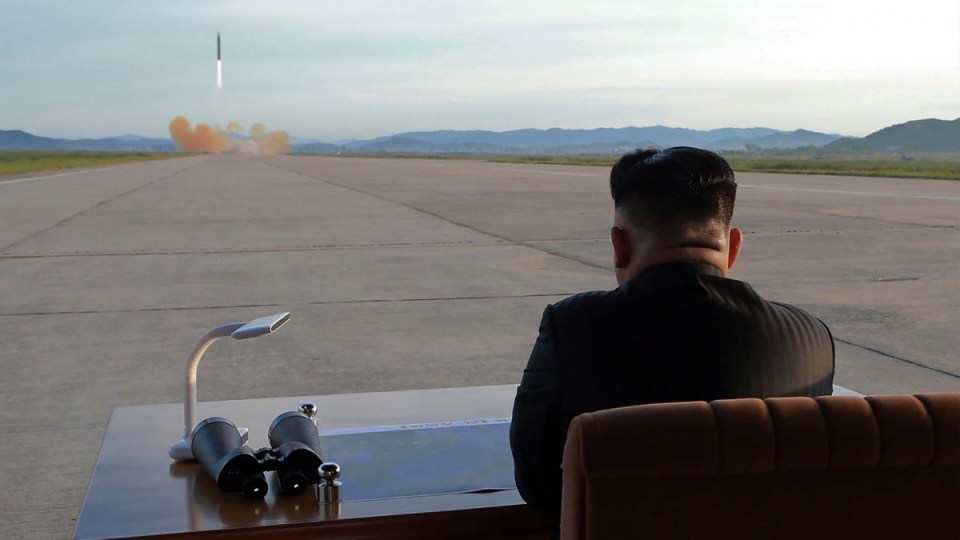 Dr Brad Roberts said Australia had a lack of interceptors and radars across the continent. Photo: Getty

Australia must develop greater missile defences to ward off a strike from North Korea, a former high-ranking Pentagon official said.

Dr Brad Roberts served as US deputy assistant secretary of defence for nuclear and missile defence policy between 2009 and 2013, and is currently in Australia briefing senior officials about regional dangers.

He warned Australia could be struck by a North Korean weapon.

“Unfortunately, Australia doesn’t really get to choose whether or not North Korea threatens it – it’s the choice that the North Korean leader [Kim Jong-un] makes,” he said.

Dr Roberts said it was very clear separating US allies from the US and from each other is central to Mr Kim’s strategy.

“He does this by threatening them and presenting to our publics an image of great vulnerability and great cost if there were war,” Dr Roberts said.

“His objective is to make us fearful so that our leaders will not stand up to his threats and coercion.”

Dr Roberts, who led the Obama administration’s Nuclear Posture Review and Ballistic Missile Defence Review, does not believe Australia needs to adopt an American-style expensive land-based missile shield, but said it must ensure warships are equipped with advanced defences.

“I don’t think it’s a large number of very expensive interceptors and radars deployed around the periphery of the Australian continent,” he said.

“A sea-based capability on the advanced destroyer that would include a sea-based radar and some interceptors: that could operate in coalition partnership with other allies.”

“In the Defence White Paper, and the integrated investment plan, upgrades of the warfare destroyer capabilities have been already flagged,” Mr Pyne said.