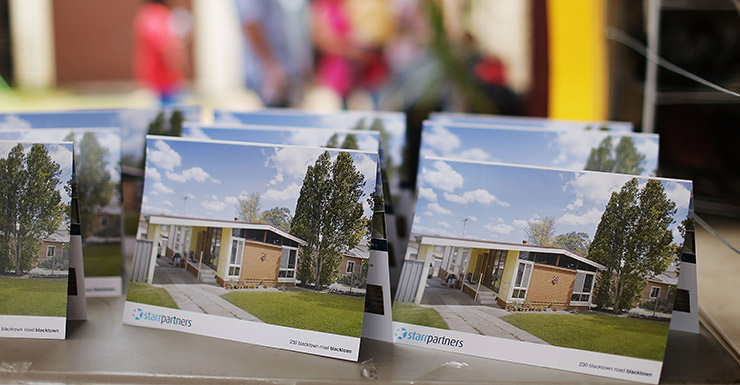 House prices may be overvalued, but don't expect them to fall too far. Photo: Getty

House prices in Australia’s two biggest cities are between 25 and 30 per cent overvalued, according to a leading economist.

But he only expects prices to fall 10 per cent.

The analysis comes as the Reserve Bank of Australia claimed the global economy is in better shape than it was a year ago, while the Organisation for Economic Cooperation and Development (OECD) questioned the strength of the Australian economy.

Paul Dales from Capital Economics says Australian house prices were unlikely to fall as the simple measure of house-price-to-income ratios would suggest.

Mr Dales told the ABC that on that simple measure, house prices would need to fall by an average of 38 per cent to get back to fair value.

However, he noted that this measure does not take into account the long-term, lower level of interest rates and therefore the bigger amount people can comfortably borrow, as well as the lower rental returns investors demand.

When you calculate a “normal” house-price-to-earnings (HPE) ratio factoring in these changes, the result is 4.6.

The current HPE ratio nationally is 5.8, which means property prices would need to fall an average 20 per cent to return to long-run norms.

The news is far worse in Sydney and Melbourne, where the HPE ratios are about 7 and 6.5 respectively — that means a fall of almost 30 per cent is required in Sydney, and more than 25 per cent in Melbourne, to return to historical fair value levels.

Not that this is what Mr Dales is expecting.

“Our view is that prices in Sydney and Melbourne will broadly stagnate or fall modestly over the next two years and that prices won’t fall significantly until the RBA starts to raise interest rates, which might not happen until late in 2019,” he wrote in his note.

“Thereafter, prices in both capital cities may fall by around 10 per cent.

But the situation outside Sydney and Melbourne was slightly better, the report said, with house prices needing to drop 5-10 per cent in Hobart and Brisbane, and around 5 per cent in Canberra and Adelaide, to get back to more normal levels.

However, Perth’s pain over recent years has seen its house prices fall back to fair value, according to Mr Dales, while Darwin is now almost 5 per cent undervalued.

OECD sounds warning on the economy

The OECD questioned the strength of the Australian economy, pointing to weak business investment and Australia’s vulnerability as an economy where high house prices have raised financial stability risks if rising interest rates trigger a market correction.

At a lunchtime address in Sydney, assistant central bank governor Luci Ellis said while an improved global economy doesn’t seem to have picked up any further recently, “neither is this expansion a flash in the pan”.

Ms Ellis also downplayed the risk of an oversupply of apartments in capital cities, with the exception of Brisbane due to the high concentration of units in the CBD.

Meanwhile, economists at ANZ are now expecting two rate rises in 2018, which would lift the cash rate to 2.0 per cent from its present record low of 1.5 per cent.

“After these hikes we see the Bank sitting pat in 2019 as highly indebted households digest the impact of higher rates,” they said.

Among economists at the other big four banks, National Australia Bank is predicting a rate rise in August 2018, followed by further rises to 2.5 per cent by the end of 2019.

The Commonwealth Bank expects the cash rate to stay unchanged until late next year but concedes the continued solid improvement in the labour market means there is a risk of an earlier move.

Houses ‘overvalued’, rates to rise, but no crash … yet