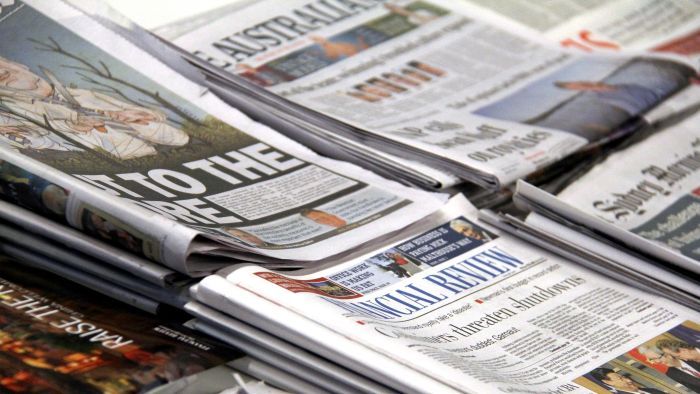 Australian media laws are being changed and the usual winners are winning again. Photo AAP
analysis

The most predictable element of the wholly unpredictable world of modern media is this: governments will use media policy first and foremost to reward friends and punish perceived enemies.

Oh, and one other thing: no matter who is in power, Rupert Murdoch always gets the chocolates. Always.

So it was 30 years ago when Paul Keating reshaped the rules to allow queens of screen or princes or print and, in the process, handed Murdoch control of the Herald & Weekly Times and most of the Australian newspaper industry.

And so it was again last week after Senator Mitch Fifield, aided by Nick Xenophon, pushed through new media laws.

Murdoch got exactly what he wanted – pretty much unfettered access to whatever media he wants to add to his kingdom – and so did the other existing major players.

That was as expected and is cause enough for concern, particularly as most experts agree it will probably lead to further concentration of media in this country.

But it’s what happened on the other side of the equation that should also trouble Australians, even though it was largely unsurprising too. 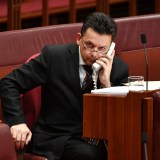 Having removed pretty much all the rules for existing players, the government then put absurd limits and exclusions on the meagre funds made available to small publishers through its so-called Regional and Small Publishers Innovation Fund –– $60 million over three years, which is only twice what the government recently gifted Rupert’s Fox Sports.

Senator Xenophon has described these innovation funds as “countervailing measures” designed to offset any further loss of diversity caused by the relaxation of rules for the existing major players. But if this is supposed to save journalists and journalism, the profession’s existential crisis apparently isn’t as bad as everyone thought.

But of course it is.

The fund doesn’t recognise this sad reality because it’s not supposed to – it gives money to the government’s mates in the bush and excludes its perceived enemies. Which apparently includes The New Daily.

We have been expressly excluded from accessing the fund because, well, we don’t actually know.

Neither does the opposition, who rightly opposed the changes and, like us, were left to ponder the mysteries of who’s in and who’s out in Australian media these days.

“Why have innovative publishers like The Guardian, Buzzfeed and The New Daily been cut out of the deal?” asked Shadow Communications Minister Michelle Rowland, just hours after Senator Xenophon breathlessly announced he’d struck a deal with the government. It was a fair question.

After all, those three sites alone have probably hired more journalists in the past five years than Fairfax or News who have been busy sacking them at every turn. (The New Daily now employs more than 20 journalists directly and a host more indirectly.)

Even if you make the case that publishers headquartered offshore, like The Guardian and Buzzfeed, shouldn’t access Australian taxpayer dollars, why exclude local outfits because they’re linked to “superannuation funds”?

There is one explanation for our exclusion and that’s the curious animosity within government towards industry super funds, which own and have supported The New Daily since its launch four years ago.

The latest clue came elsewhere in parliament last week when the Minister for Revenue and Financial Services, Kelly O’Dwyer, questioned the number of trade union representatives within industry super funds. Which is a little odd given they created them.

The New Daily certainly meets all the other criteria for funding: we produce civic and public interest journalism; we’re Australian-based (and operated and staffed); we’re a member of the Australian Press Council; we have a strict editorial charter that guides our journalism.

But, sadly, we don’t pass the government’s “independence test”, because we’re affiliated with a superannuation fund. Huh? Isn’t everybody in this country, one way or another, associated with a super fund?

Surely the government should be encouraging new entrants to the new media landscape, instead of discouraging them through needless red tape and restrictions. I mean, Rupert got his $30 million for Fox Sports without so much as an invoice. (Senator Fifield told Barrie Cassidy on ABC Insiders on Sunday that no “ideological tests” had been applied to the exclusions. And he did so with a straight face.)

But instead of assisting The New Daily – which in its four years has risen from outside the country’s top 150 news sites to inside the top 20 – the government has excluded us. No worries, life goes on. And so will The New Daily.

Within hours of the law changes, Lachlan Murdoch was dusting off a new offer for the Ten Network while other local proprietors were eyeing each other like Saturday night at a Desperate and Dateless Ball.

Watch this space. The mergers and takeovers will start happening soon and our already highly concentrated media will become even more so.

Which should remind all of us: ultimately, we get the media – and the government – we deserve.

Bruce Guthrie is co-founder and editorial director of The New Daily. He is a former editor-in-chief of The Age and the Herald Sun.

Media laws: With friends like these, who needs enemies?