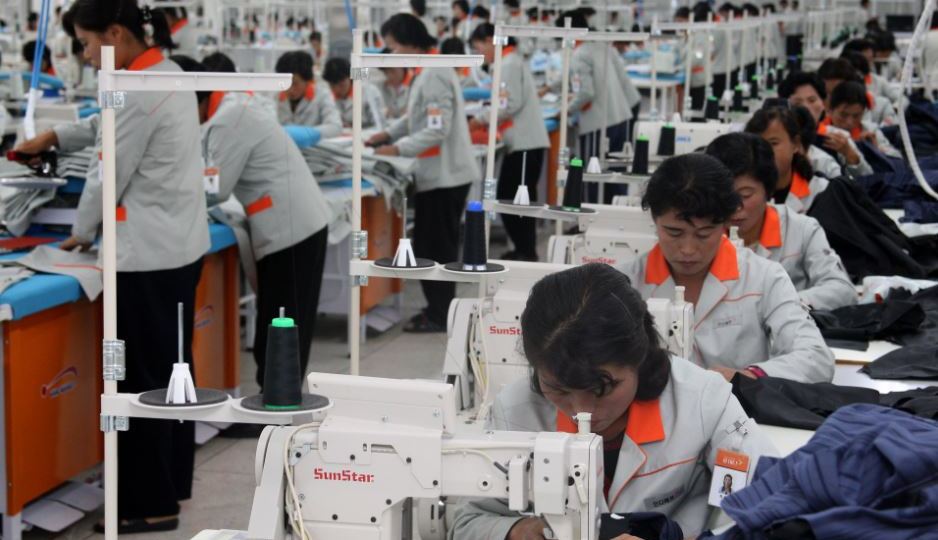 Australian shoppers could be unwittingly helping to fund the regime of Kim Jong-un by buying clothes made in North Korea but passed off as Chinese.

The UN Security Council is next week expected to vote on new sanctions that would ban the export of North Korean textiles, as well as oil imports and the hiring of North Korean workers overseas.

The move comes after Pyongyang on Sunday carried out its sixth nuclear test, which Prime Minister Malcolm Turnbull condemned as “a grave danger to global peace and security.”

Clothing was North Korea’s biggest export to China in the second quarter of this year, according to China Customs data, worth some $147.5 million to the impoverished regime.

But experts told The New Daily it was common for clothing manufacturers in China, Australia’s biggest trading partner, to outsource production to North Korea. Chinese firms could then attach a “Made in China” label to the finished products, making them practically impossible to trace in the international market.

“The import of clothes made in North Korea for sales in China is not attractive because they need to pay the value-added tax, and the price differences with those made in China are not so large,” said Kim Byung-Yeon, an economics professor at Seoul National University and the author of Unveiling the North Korean Economy.

“Hence, we believe that a majority of clothes are exported to many countries [and] that could include Australia.”

The ruse has become so streamlined, Kim said, that Chinese businesses sometimes send fraudulent labels to their North Korean partners along with the fabric for clothes to “avoid the costs of changing labels in China.”

Théo Clément, a researcher at the Lyon-based Institute for East Asian Studies who has studied the region, told The New Daily that fake labeling “happens all the time, as corruption at the border is rampant and both sides have an interest in economic cooperation.”

Justin Hastings, a North Korea analyst at the University of Sydney, said similar deception was already being used to export products that, unlike textiles, are already prohibited under international sanctions.

“North Korean seafood is exported to China in a similar way,” he said.

Christopher Green, an analyst with Crisis Group, said Chinese businesses at the North Korean border regularly used the reclusive country, where wages and labor rights are minimal, to maximize their bottom line.

“Labor is far cheaper in North Korea than anywhere in Northeast China, so it makes commercial sense for Chinese firms, many of them based in places like Dandong, to do it this way,” said Green, referring to the border city through which about 70 percent of Chinese-North Korean trade passes. “The quality of the finished goods is fine, and the buyer may well not know where they are being made.”

Last year, Australian sportswear company Rip Curl was embroiled in controversy after a tourist photographed items of clothing bearing its name at a North Korean textile factory. The popular brand at the time blamed an unauthorized subcontractor for signing off on the production without its knowledge.

While the U.S. is pushing for the strongest sanctions yet, it’s unclear if Russia and China, both veto-wielding members who’ve shielded Pyongyang in the past, will support aggressive action. Earlier this week, Russian President Vladimir Putin said further sanctions “would be useless and ineffective,” calling for dialogue to resolve the crisis.

Leonid Petrov, a North Korea expert at Australian National University, said he was sceptical of the impact of new sanctions, telling The New Daily, “the North Koreans will find a way to bypass certain restrictions.”

Experts: ‘Made in China’ label could actually mean a North Korean sweatshop