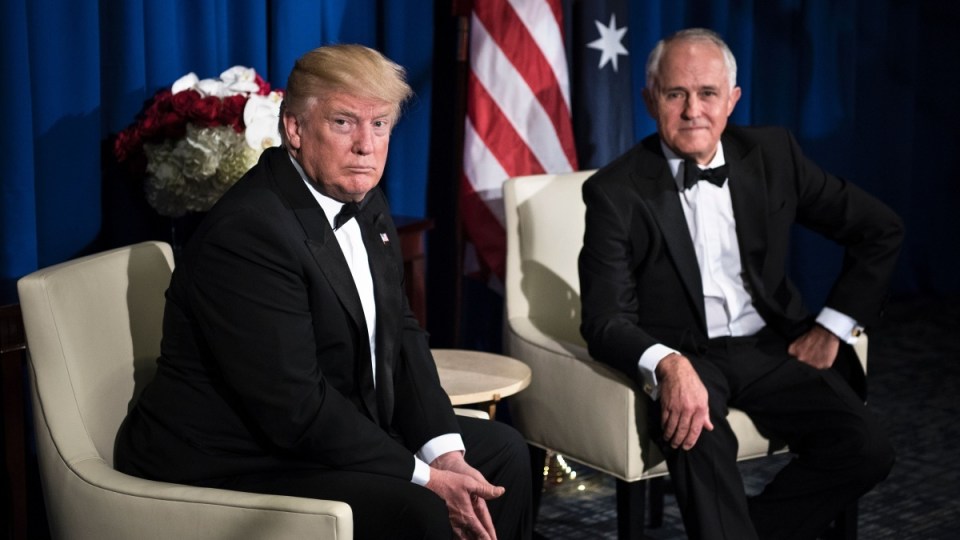 In a discussion described as “warm and constructive”, the two leaders agreed the regime represents a grave threat to regional stability.

They said it was time for the international community to exert maximum diplomatic and economic pressure, and that the can cannot be kicked down the road.

Mr Turnbull and Mr Trump agreed China is the country with the greatest leverage over North Korea and with that leverage comes the greatest responsibility.

They welcomed China’s support for UN sanctions and its efforts to increase pressure on North Korea, but agreed China still holds substantial economic influence which should be used to bring the regime to its senses and restore stability on the Korean peninsula.

They also discussed the terrorism situation in the southern Philippines.

The call came as Defence Minister Marise Payne heads to Seoul for talks with South Korean officials, and Labor leader Bill Shorten and foreign affairs spokeswoman Penny Wong announced they would also head to South Korea and Japan for talks about rising security tensions in the region.

A top North Korean diplomat has warned his country is ready to send “more gift packages” to the US.

Han Tae Song, ambassador to the United Nations in Geneva, has confirmed that North Korea successfully conducted its sixth and largest nuclear bomb test on Sunday.

“The recent self-defence measures by my country … are a gift package addressed to none other than the US,” Han told a disarmament conference on Tuesday.

“The US will receive more ‘gift packages’ … as long as it relies on reckless provocations and futile attempts to put pressure on the DPRK.”

There has been speculation North Korea may be planning to fire an ICBM this weekend when the republic celebrates its foundation on September 9.

US Ambassador to the United Nations Nikki Haley on Monday accused North Korean leader Kim Jong Un of “begging for war” with a series of nuclear bomb and missile tests, and urged the 15-member Security Council to impose the “strongest possible” sanctions to deter him and shut down his trading partners.

Mr Trump has told world leaders in a series of phone calls “all options are on the table” in terms of dealing with North Korea and China remains key to persuading the regime to stop its missile and nuclear tests.