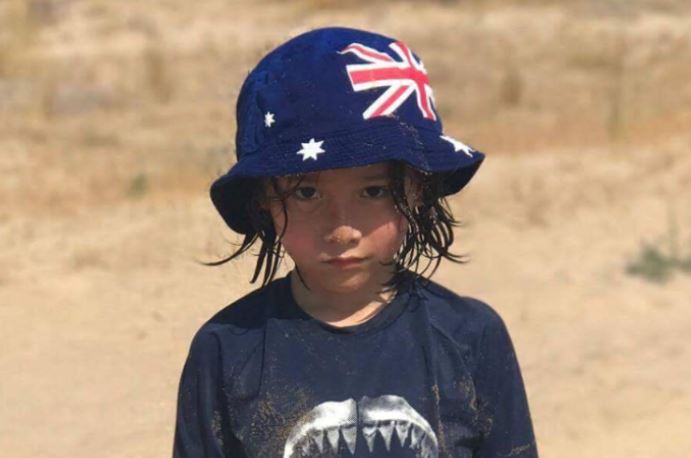 Seven white balloons — one for each year of a life snuffed out by Islamic terrorism — have been released at a Sydney family day to commemorate the life of schoolboy Julian Cadman, who died in the Barcelona terrorist attack.

The seven-year-old’s mother, Jumarie, was left hospitalised in a critical condition when they were caught in the carnage when a jihadi ploughed through the crowd on the popular Las Ramblas tourist spot in mid-August.

Staff at Western Sydney’s Prodigy Martial Arts in Seven Hills, where Julian trained, organised a special family day to raise money for the family on Saturday.

In a park next to the centre martial arts students released the white balloons, along with seven butterflies.

“Julian we’re thinking of you and we love you,” an organiser told the crowd.

The Western Sydney community came together in the park to enjoy martial arts demonstrations, a jumping castle, food, drinks, face painting and a charity auction.

Organisers who pulled the event together in one week offered about $50,000 worth of prizes, including a replica sword from the movie Kill Bill and a training session with an Olympic taekwondo coach and athletes.

Signed jerseys from Liverpool FC and the Newcastle Jets, accommodation and a luxury Sydney Harbour cruise were also to be auctioned.

It was one of several fundraisers for the seven-year-old’s family, with the Wiggles planning two charity concerts at the Evan Theatre at the Penrith Panthers club on September 12.

The Wiggles, in a statement on Facebook, revealed long-serving blue Wiggle Anthony has a personal connection to the Cadman family.

“Anthony and his family grew up across the road from Julian’s grandparents, and Anthony and his six brothers and sisters attended Julian’s school, St Bernadette’s, in Lalor Park,” the statement said.