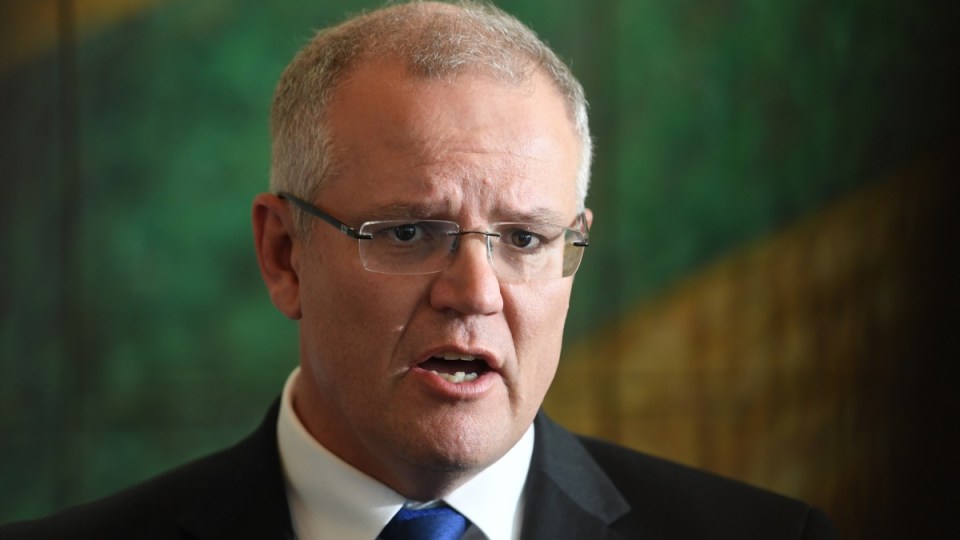 Some of Australia’s most senior politicians have been caught out not declaring a free pay television subscription worth up to $1600 a year.

Several politicians including Treasurer Scott Morrison have rushed to update their register of interests after the ABC began contacting federal MPs.

Industry Minister Arthur Sinodinos disclosed the subscription three days before being contacted by the ABC.

The pay TV lobby group ASTRA offers the freebie to all federal parliamentarians for their electorate offices.

Many politicians have accepted and disclosed the subscription, while others, like Communications Minister Mitch Fifield, declined and paid for it themselves to avoid any potential conflict of interest.

But there is confusion about whether politicians need to declare the gift, with some raising concerns about “a grey area” in the rules.

Senator Hinch said he did not know the subscription was free and updated his interests within hours of being contacted by the ABC.

“I just presumed it was part of the parliamentary package,” he said.

Senator Hinch called on all parliamentarians with Foxtel subscriptions to declare them, if they haven’t already.

“Ignorance, we know with the dual citizenship, is not a defence,” he said.

Fellow crossbench senator David Leyonhjelm, who also received a subscription, said he didn’t think it was worth disclosing.

“The subscription was offered to all sitting MPs, therefore it is not mandatory to include it on the pecuniary interest register,” he said.

A spokesman for the Treasurer said the subscription had been previously listed on his register of interests as “ongoing”.

What are the rules?

There is no suggestion politicians have broken the rules or lobby group ASTRA has bought undue influence in Parliament.

But the fact some have updated their interests, refused to do so, or declined the subscription shows there is uncertainty about the rules.

The rules are currently being considered by the House Committee of Privileges and Members’ Interests, which reviews disclosure protocols for the House of Representatives.

In the Upper House, a committee suggested senators do not need to declare hospitality if it’s received “in common with significant numbers of other senators or other persons”.

“There is no specific guidance in relation to the provision of benefits such as pay TV subscriptions,” Senate clerk Richard Pye told the ABC.

Liberal MP Craig Kelly had not declared his recent subscription because he thought doing so when he entered parliament seven years ago was enough.

“I understand it is a grey area if this needs to be disclosed under the rules,” he said.

“For avoidance of doubt, I disclosed this on my first register of interests when elected in 2010 and have not changed this since.

“I consider access to the Sky News service as important tool for all MPS and senators undertake their electoral and parliamentary responsibilities.”

Many politicians have not responded to the ABC’s request for clarification on whether they have disclosed any existing Foxtel subscriptions.