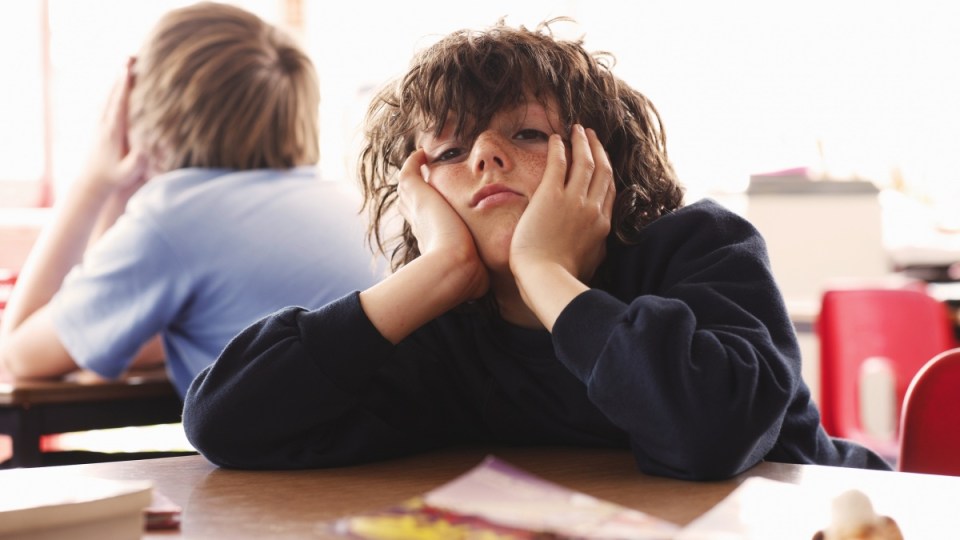 One in five boys are 12 months behind in school because of behavioural and emotional problems Photo: Getty

One in five boys in Year Three have behavioural and emotional problems that stifle their reading and maths skills, new research shows.

Troubled boys were 12 months behind their peers in school, the study by Murdoch Children’s Research Institute (MCRI) found.

The same problems only affected about one in seven girls in the study of 1200 students in 43 Victorian schools.

Dr Lisa Mundy, leader author of the study said it was unclear why boys were more affected or what the root causes of those problems could be.

“There’s lots of things within the environment that can affect them,” she told The New Daily.

“It does look like boys who have these problems seem to have worse outcomes in terms of learning, compared with girls.”

“There has been interesting research done around the fact that mothers often talk much more to their daughters than their sons, which may partly explain gender differences in language and emotional awareness,” Dr Mergler told The New Daily.

“This is due to gendered expectations we have that girls are going to be more willing to talk and explore their emotions.

“Boys are often seen as more problematic as their behaviours can be more active and fidgety, particularly when they’re young.”

Dr Mundy said it was unlikely academic pressure would be affecting the primary school-age students.

“A more likely explanation is that mental health and behavioural problems are directly contributing to poor academic performance, possibly through reduced attention to school work or school absence,” she said.

Links between behavioural problems and academic failings had been made before, but Dr Mundy said this was the first study to show boys with emotional problems were also falling behind.

Emotional problems included “having many worries, having many fears, being easily scared, being unhappy, or feeling sad”.

“Behavioural problems tended to be acting out, fighting with others, lying or cheating, and can also include being restless, overactive or easily distracted,” Dr Mundy said.

“These males were 12 months behind their peers after only three full years of formal schooling.

She said children around the age of eight and nine were in one of the most important stages of development.

“It’s a common time for disengagement from school. If you fall behind at this time, it can be difficult to catch up.”

Senior author Professor George Patton said the mid-primary school years were a time when emotional and behavioural problems commonly emerged, and these were often the precursor to health problems continuing in adolescence and adulthood.

He said that it was increasingly clear schools needed to promote social and emotional development to help students reach their academic potential.

Researchers asked parents about their child’s emotional and behavioural problems. This was compared with teacher reports and the child’s results in the NAPLAN [National Assessment Program – Literacy and Numeracy] test.

The research was part of a larger project called the Childhood to Adolescence Transition Study [CATS], which is following more than 1200 children through the middle years of childhood and into adolescence.

The children were randomly selected from 43 public, Catholic and independent schools in metropolitan Melbourne.

One in five boys are 12 months behind in school: research