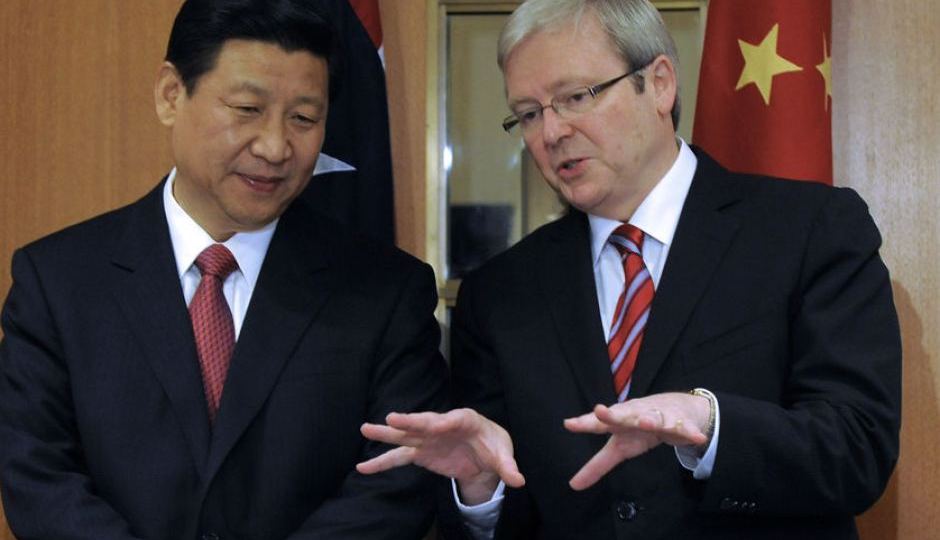 Former prime minister Kevin Rudd is urging the United States and China to strike a “grand bargain” for the Korean peninsula.

As tensions continue to build and threats of missile strikes escalate, Mr Rudd said there was a real danger of strategic miscommunication.

Chinese President Xi Jinping spoke to US President Donald Trump on the weekend and told him there needed to be a peaceful resolution to the North Korean nuclear issue.

But Mr Rudd told ABC radio it was a “difficult and dangerous time”.

“War on the peninsula is by no means probable, however conflict … becomes more and more possible, which is why we need calm language [and] solid diplomacy,” he said.

He compared it to the lead-up to World War I.

“If you go back 100 years, none of the leaders at the time actually thought that World War I could ever happen,” he said.

“And that in turn caused them to be increasingly reckless in their behaviour.”

Mr Rudd said the Chinese view was that the United States would not launch a unilateral strike against North Korea, but he said “the US unilateral military option is by no means off the table”.

“I think the Chinese deep calculus is that the United States would never do it because of the high risk of a retaliatory military strike then by the North Koreans against South Korea,” he said.

“They say the US is all bluff, they will never do it, otherwise they would be sacrificing South Korea and shattering their future alliance with Seoul and possibly with Tokyo as well.”

But he said the US would focus on the threat posed by North Korea to the United States homeland and territories like Guam.

Mr Rudd has called for a “grand bargain” that the US and China could agree on if there was enough diplomatic trust.

He said that would involve the US achieving its aim of seeing North Korea give up its nuclear weapons and China getting a guarantee that the North Korean regime’s future would be secured, and potentially the US removing or scaling back its troop presence in South Korea.