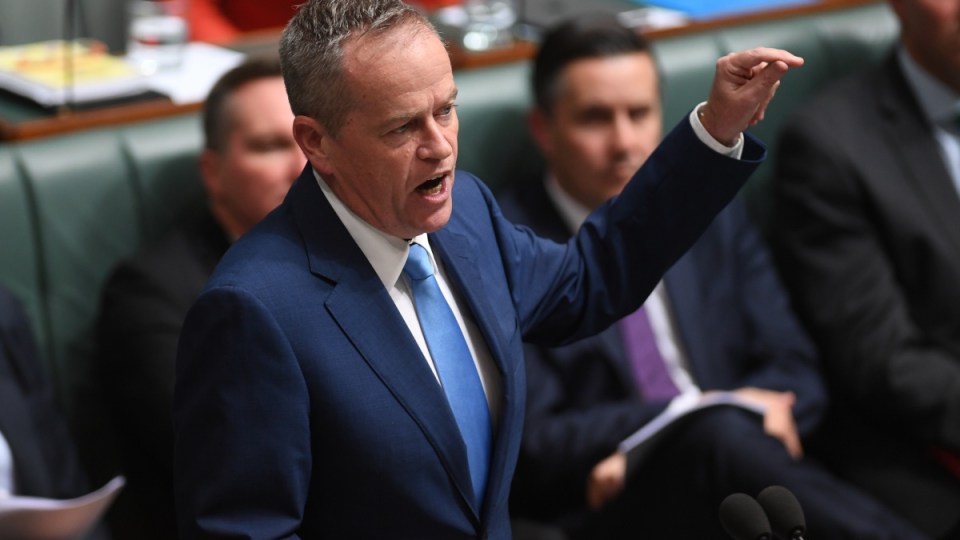 Opposition Leader Bill Shorten has told Prime Minister Malcolm Turnbull that Labor will blame him for the “filth” that will be aimed at gay people as debate rages on over changing the marriage laws.

“I hold you responsible for every hurtful bit of filth that this debate will unleash,” Mr Shorten said in a fiery speech in Parliament on Thursday afternoon.

He spelled out that Labor would campaign for a Yes vote in the postal ballot, despite arguing the process was unnecessary and would leave gay people open to vilification.

“We say to young Australians who are gay, we are voting in this survey because of you, not because we respect the process, but because the Labor Party will not let gay Australians and young gay people cope with this survey, this evaluation of their relationships, on their own,” he said.

But he attacked the process as a “ridiculous waste of time and taxpayer money”, saying the $122 million would be better spent on dialysis machines, teachers, housing or training.

Mr Shorten accused Mr Turnbull of spending the $122 million to try to save his own job.

He said extremists were already using the debate to smear same-sex couples and their children.

“Every hateful ideological hobby horse will be saddled up for this vote and it is clear who is responsible,” Mr Shorten said.

“In less than 48 hours the Prime Minister has gone from promising to call out extreme voices to saying they are entitled to their view.”

He also slammed the process that had been laid out for running the ballot, in particular because voters would not know the exact wording of the legislation that would be enacted if they approved a change.

Mr Shorten was highly critical that normal electoral rules would not apply and there would be “no protection against ballot fraud, electoral bribery, intimidation, interfering with the electoral roll, publishing misleading and deceptive material”.

The Public Interest Advocacy Centre has asked the High Court to decide if the government has the power to order a postal vote on same-sex marriage.

Voluntary postal ballots will be sent out to voters from next month.

The Centre argued the government may have exceeded its executive powers by ordering the vote without passing legislation.

It said it may not be legal for the Australian Bureau of Statistics to run a vote – instead of just collecting information.