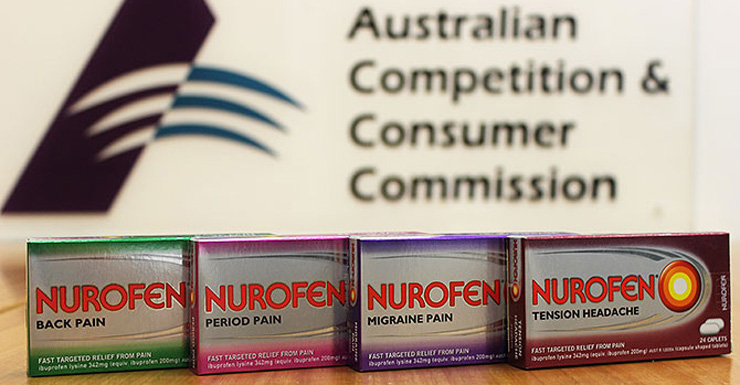 Australians who paid a premium for Nurofen’s “misleading” targeted pain relief pills can apply for compensation after the manufacturer agreed to settle a class action lawsuit.

Reckitt Benckiser will pay $3.5 million to customers who purchased the painkillers between 2011 and 2015.

They were sold at almost twice the price of Nurofen’s general product, and the company made $45 million in revenue from the range in four years.

The Federal Court ordered the pills be pulled from the shelves in 2015, and imposed a $1.7 million fine against Reckitt Benckiser for misleading the market.

However, the Australian Competition and Consumer Commission appealed against the decision, arguing the penalty did not go far enough.

The court agreed to raise the fine to $6 million – the highest corporate penalty awarded for misleading conduct under the Australian Consumer Law.

Nurofen manufacturer says it did not intend to mislead

Manufacturer Reckitt Benckiser said it decided to settle the case as its main priority is to ensure Nurofen customers were swiftly compensated.

“It was never our intention to mislead, but we recognise that we could have done more to assist our consumers in navigating the Nurofen Specific Pain Range in Australia,” the company said in a statement.

“We have taken the Nurofen Specific Pain Range cases seriously, and have taken steps to ensure that future marketing campaigns are sensitive to the risk of misinterpretation and confusion, while providing consumers with an informed choice.”

Nurofen customers can apply for compensation

Bannister Law said an independent third party would be brought in to divide the $3.5 million between affected Nurofen customers.

Settlement notices will also be published in Australian newspapers, calling for people who bought the products between January 2011 and December 2015 to register a claim.

Nurofen customers could cash in on class action payout