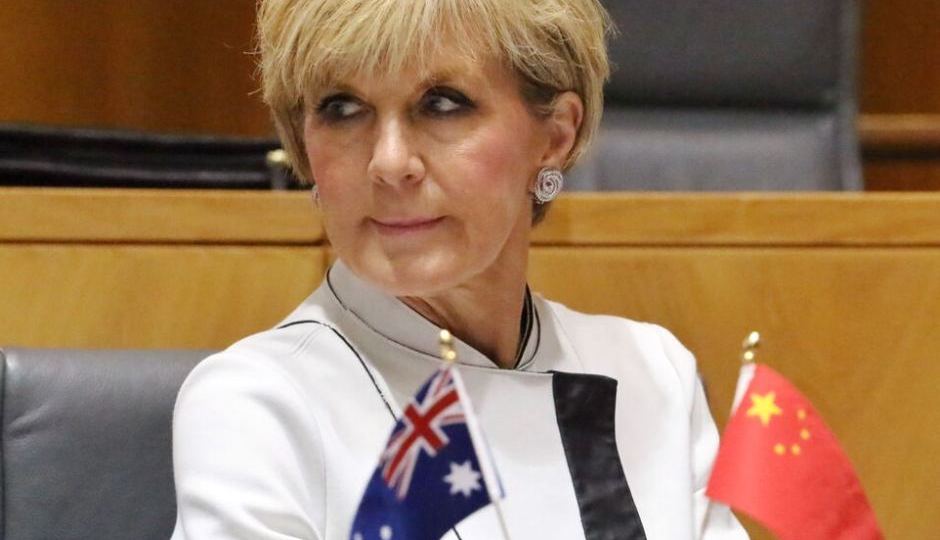 Miffed by her failure in the leadership stakes, Julie Bishop said she would quit - then reversed herself. Photo: ABC

The hermit kingdom has faced global condemnation for aggressively expanding its missile program, amid calls for China to flex its economic muscle and pressure the nation to stop development.

July 27 is known as Victory Day in North Korea, marking the end of the Korean War, and there are concerns leader Kim Jong-un could use the anniversary to carry out another missile test.

“We are receiving these reports, and the Australian Government’s position is to ensure that no hostile power has the capacity to pose an existential threat to Australia,” Ms Bishop told ABC RN.

“That’s why we’re taking these threats very seriously, and working with other like-minded nations to ensure that there is peace and stability in the Korean peninsula.

“A North Korea with a medium and long-range nuclear capacity would be highly destabilising for the entire region, and would represent not only a threat to our region but a threat to the globe.”

The latest threat follows reports US intelligence officials believe North Korea will have the capacity to conduct an intercontinental nuclear missile strike within the next six months.

China needs to do more: Bishop

The Washington Post is reporting a confidential briefing from the Pentagon has cut two years from the timeline for when North Korea could strike cities in the United States.

Ms Bishop said she could not confirm that assessment was correct, but reiterated the need for China to take greater responsibility in the region.

“China is North Korea’s major financial backer, it has much more leverage over North Korea than it claims,” she argued.

“There’s much more that China can do, and that’s why we’ve been supporting the United States in calling on China to review its sanctions.

“It would have much more impact, given the depth of its financial engagement with North Korea.”

UK Foreign Secretary Boris Johnson, who along with British Defence Secretary Sir Michael Fallon are in Sydney for talks with their Australian counterparts, shared those concerns.

“It’s also vital … that we stick up for the rules-based international order, and we’re with [Australia] in your perspective of what’s happening in North Korea,” Mr Johnson said.

The rogue state further inflamed tensions by undertaking a missile test on July 4 — US Independence Day.

It was confirmed that launch was an intercontinental ballistic missile (ICBM), capable of reaching the northern most reaches of Australia as well as North America.