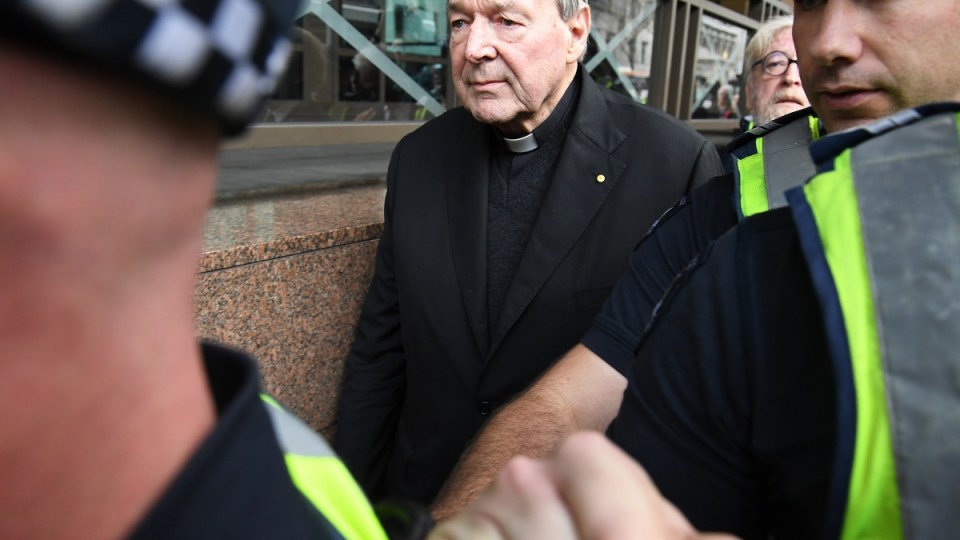 While the Cardinal was not required to enter a plea, his defence barrister Robert Richter, QC, told the courtroom: “I might indicate that Cardinal Pell pleads not guilty to all charges and will maintain the presumed innocence that he has.”

Cardinal Pell has repeatedly and strenuously denied the allegations.

Philip Nagle, a survivor of abuse by convicted Ballarat priest Stephen Francis Farrell, told The New Daily it was a relief to see Cardinal Pell face the allegations.

“It’s a very symbolic day today, because he entered the court as a normal man, not as the third-most powerful man in the Catholic Church,” Mr Nagle said.

“This will help other survivors know everyone is accountable.

Mr Nagle said he hoped Cardinal Pell’s legal team would handle the complainants in a “respectful, dignified and professional” manner.

“The court process can be pretty horrible (for complainants).”

Mr Nagle hoped both Cardinal Pell and the alleged victims would receive a fair and just trial, and commended Victoria Police for the way investigators treated the complainants.

Mr Nagle was in court on Wednesday to watch Cardinal Pell appear, but said he was unlikely to watch the whole trial.

“It takes all the strength as a survivor to get up the guts and the courage to go to these things,” he said.

Cardinal Pell took leave from his position as Vatican treasurer to return to Australia to fight the historical sex charges involving multiple complainants.

The third-most influential person in the Catholic Church globally — the highest to ever face such charges — was confronted with a massive contingent of media and onlookers on Wednesday.

Outside court, Julie Cameron held a large painting of the Madonna and child and said she was there “to support the victims and survivors” of abuse.

Supporters of Cardinal Pell said they were worried court proceedings could turn into a case of “get the bishop”.

Among the throng of media, protesters and public onlookers gathered outside the court, was supporter Karen Baxter.

“We’re here to say this person needs to be given the benefit of the doubt,” she told AAP.

“We’re worried it’s going to be the sort of Azaria Chamberlain media pack, let’s just go get the bishop, you know.”

Ms Baxter said she had known Cardinal Pell since she was a child and described him as polite, friendly and methodical.

“We’ve got to also acknowledge the good things he’s done,” she added.

Many signs outside court criticised Cardinal Pell and the court, but there were also positive words for the former Melbourne and Sydney archbishop, including “thanks for helping our family”.

As he left the courtroom, four supporters told him “God bless you, Father” and clapped as he walked through the foyer surrounded by police. Cardinal Pell acknowledged it with a nod.

Wednesday’s hearing was told Cardinal Pell was maintaining his innocence on the charges.

The hearing lasted just six minutes, during which Cardinal Pell did not speak.

The matter will return to court on October 6.