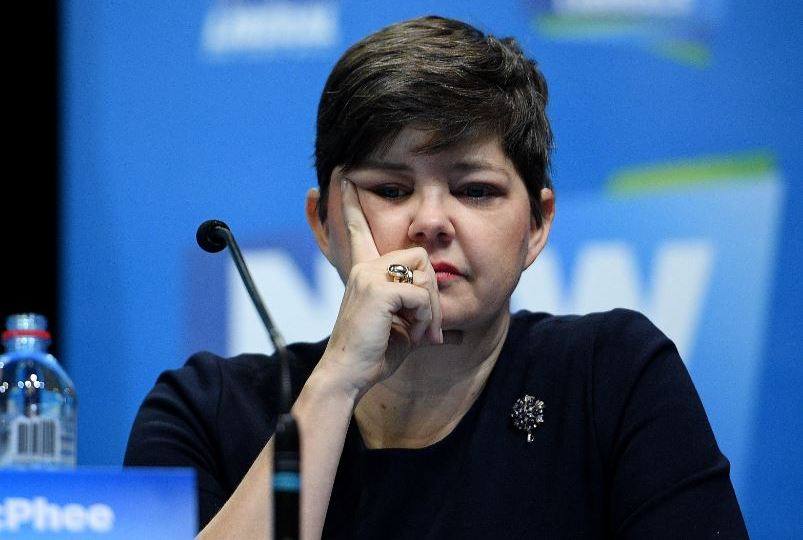 Senior Liberal Anna McPhee told the panel that women need to be valued for more than their ability to make a nice cup of tea. AAP/Dan Himbrechts

What’s the key to keeping and promoting women in the Liberal Party?

She was recalling how a male staffer asked her to make him a cup of tea on her first day as a deputy campaign director.

“Stop assuming bias and imposing gendered roles on women,” she said at the Liberal NSW Party Futures Convention on Saturday. “Listen to them and let them contribute.”

But Ms McPhee said the issue comes down to the way male party members treat the opposite sex.

“I don’t think we need another committee and we certainly don’t need training, because women ain’t broke,” she said.

“When a woman starts speaking at the table – don’t talk over her, listen to her, acknowledge the points that she’s made and give her credit for the ideas and don’t steal them.”

She said there’s an over-representation of male candidates while female talent is wasted because the Liberal Party is focused on “control and power and not good government”.

“It happens because the male factional leaders pulling the strings are focused only on who they think will be good puppets that they can control at the end of their strings,” she said.

“Not who will bring the best reliability and representation to their electorate.

“They tend to pick men because ultimately they think male candidates will deliver them more control because ‘like’ recruits ‘like’.”

She said women get turned off by by the “petty internal games”, saying “when the Liberal Party gets serious, women will get interested.”

“If you’re in an organisation that isn’t operating how you want it to then you’ve got to do something about changing it,” she said.

“If you think something’s wrong, what are you going to do about it?”