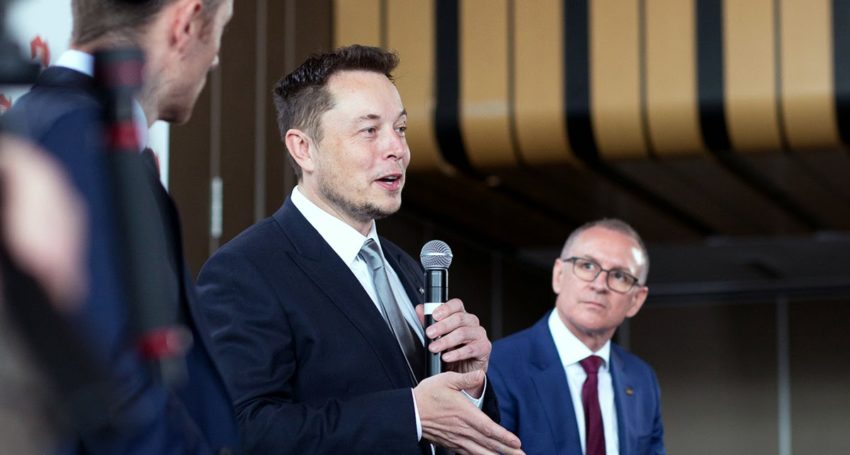 The Tesla and SpaceX founder was given a celebrity reception in South Australia this month when he was unveiled as the winning tenderer to build the world’s biggest lithium ion battery in the state’s mid-north.

The arrangement appears to have a crossover benefit, with the entrepreneur reportedly telling delegates at a conference in Washington DC yesterday that he had “updated his long-term plan for colonising Mars to make it more economically feasible [promising] to share his evolving ideas at a September conference in Australia”.

The conference in question is the 68th International Astronautical Congress, to be run from September 25 to 29 at the Adelaide Convention Centre.

Hamilton-Smith says he has spoken with influential academics from space science faculties, telling InDaily that confirmed registrations for the conference had already passed 2000, well ahead of what organisers expected at this stage.

“The final number of delegates is expected to reach 4000 – the biggest-ever conference for Adelaide,” he said.

“Young South Australians with ambitions in this field will be rubbing shoulders with the world’s best… every nation with an interest in space will be here.”

Musk updated plans for the maiden launch of a new SpaceX rocket at a space station research conference on Thursday morning, Australian time, according to a report by the Associated Press.

The Falcon Heavy flight, to be launched unmanned from the space hub at Cape Canaveral in Florida is risky and stands “a real good chance” of failure, the billionaire said.

Of planned later flights with people aboard, he said: “No question, whoever’s on the first flight, brave.”

Musk said in response to a question that he hoped to be aboard one of his smaller Falcon rockets to the International Space Station “in maybe three or four years”.

SpaceX, which currently uses a Dragon capsule to deliver supplies to the orbiting outpost, plans to transport NASA astronauts there using Falcon 9 rockets by the middle of next year.

We want YOU to experience the next @SpaceX cargo launch to @Space_Station! Apply to attend #NASASocial event in Aug: https://t.co/Cb92TePQG2 pic.twitter.com/QEY9OGfx3J

Mission to the Red Planet

Musk suggested on Thursday that SpaceX will abandon plans to land a Dragon capsule on the red planet – which had been slated for as early as 2020, according to a report on TheVerge.com.

The “Red Dragon” mission has hit a hurdle over the best way to land on Mars, Musk said, with the billionaire suggesting he had hit on “a far better approach” to the problem using “the next generation of SpaceX rockets and spacecraft”.

That approach could be detailed in his next visit to SA, where he said he hoped to update his Mars colonisation plans.

“Going to Mars is not for the faint of heart,” he said.

SpaceNews.com reported that Musk said the “key thing [he’d] figured out is how to pay for this whole system to go to Mars”.

“Maybe we can pay for it by using it for Earth orbit activity. That’s one of the key elements of the new architecture.

“I think this one’s got a shot of being real on the economic front.”

The space sector is emerging as a major industry prospect for South Australia, with federal Industry Minister Arthur Sinodinos last week launching a review to develop a long-term plan to grow the sector, while Hamilton-Smith is pushing for a national agency with a related industry hub based in SA.

He has urged the review to be fast-tracked, to achieve “something far more direct, more proactive and far more engaging” before September’s congress.

Hamilton-Smith said other congress attendees would include “a large delegation from China, focused on micro-satellites … along with representatives from Canada, France, Germany, the USA and Japan”.

“The interest from Germany is compelling, with around 200 delegates. They include graduate trainees, chief executives and some of the most talented engineers in the world,” he said.

“The European Space Agency will be well represented as will NASA and the Russian federation’s Academy of Sciences.”

Television presenter Bill “The Science Guy” Nye, chief executive of The Planetary Society, will present to the Congress on LightSail, a solar-sailing spacecraft, as well as “broader themes… including NASA’s role under the current US administration”.