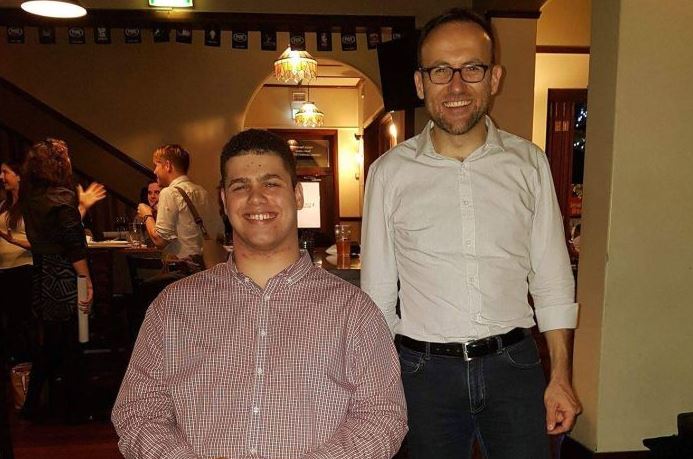 The Greens have endorsed Jordon Steele-John as Mr Ludlam’s replacement for the West Australian Senate seat.

It follows Mr Ludlam’s resignation last week amid revelations he was a dual-citizen, still holding citizenship in his country of birth, New Zealand.

The question of Mr Ludlam’s eligibility must first be determined by the High Court, sitting as the Court of Disputed Returns.

The WA Greens have released a statement on Thursday night confirming backing for Mr Steele-John if he is elected to the Senate as a result of a countback.

“Jordon has been an active Greens member for many years, and is well known and respected outside the party for his work in the youth and disability sectors,” WA Greens co-convenors Sarah Nielsen-Harvey and Grahame Bowland said.

“As per the party by-laws, an open pre-selection will be conducted later this year as was previously planned by the party, to determine our lead Senate candidate at the next federal election.”

Mr Steele-John was number three on the Greens WA Senate ticket at the 2016 federal election, behind Mr Ludlam and Senator Rachel Siewert.

Mr Ludlam’s resignation was followed days later by the resignation of Greens senator Larissa Waters, after she discovered she too was a dual-citizen.

They were replaced as co-deputy leaders of the party on Thursday afternoon after the Greens party room determined Adam Bandt and Senator Siewert would fill the roles temporarily.

Senate President Stephen Parry has written to the governors of Queensland and Western Australia notifying them of the resignations of Ms Waters and Mr Ludlam.

He told the governors he could not advise them on how the seats should be filled until the Court of Disputed Returns makes its determinations on their eligibility.

Senator Parry will report to the Senate when it returns on August 8 and it is expected the upper house will pass a resolution to refer the two cases to the High Court.

If the court finds the two senators were ineligible, the next candidate on the 2016 Greens tickets in Queensland and WA will fill the seats.