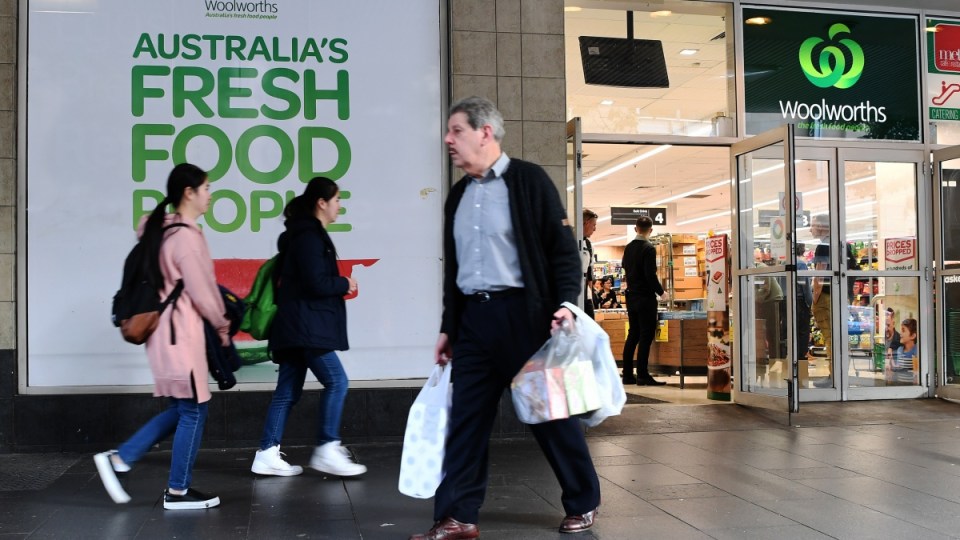 Woolworths and Coles supermarkets have both committed to banning single-use plastic bags within 12 months Photo: AAP

Woolworths, Coles and Harris Farm Markets will ban plastic bags from their stores within 12 months, in a step hailed as a major win for the environment.

The momentous announcements, made on Friday, are expected to have a massive impact on ocean and landfill waste as the stores transition to selling thicker, reusable options for 15 cents each.

Woolworths said it gives out more than 3.2 billion plastic bags each year, and Coles is likely to hand out a comparable figure, making the supermarkets a major contributor to national waste.

Lobby groups have been campaigning for decades to “ban the bag”. In NSW, Labor and the Greens have added to the pile-on and criticised the Liberal government for dragging its feet on a state-wide ban.

State-based bans on single-use plastic bags have seen a reduction in waste. South Australia is estimated to use 400 million fewer plastic bags each year since they were banned in 2009. There has been a 36 per cent reduction in bags going to landfill in the ACT.

Tasmania and the Northern Territory have also banned plastic bags. Both supermarket giants were already plastic-bag free in those states. Queensland has committed to do the same from July next year.

More than 70 per cent of the rubbish entering Australian oceans is plastic, according to Animals Australia. About 100,000 animals are killed by plastic bags each year.

Plastic bags take up to a thousand years to decompose.

The fine print of the Woolworths and Coles claims

The entire Woolworths Group — which includes its supermarkets, BIG W department store, and BWS liquor stores — will phase out single-use bags nationwide by June 30 next year.

Woolworths said it would continue to stock a range of alternatives, including thicker, reusable versions at different price-points. The company’s department store arm BIG W may provide re-usable bags at no cost.

Coles made its announcement later on Friday, stating it would phase out single-use bags over 12 months. The supermarket also committed to offer customers alternatives.

Coles said it consulted with non-government organisations and environmental groups over several months.

German discount chain Aldi has charged customers 15 cents per bag since arriving in Australia in 2001. Bunnings introduced a 10 per cent levy on disposable plastic bags in 2003. IKEA stopped using free disposable bags in 2013.

Woolworths Group CEO Brad Banducci said the retailer was committed to listening to customers and doing the right thing by the environment.

“We feel this is an issue we need to take a stand on,” Mr Banducci said.

“We currently give out more than 3.2 billion lightweight plastic bags a year and hence can play a significant role in reducing overall plastic bag usage.”

“Our customers can also expect further commitments in reducing plastic use in all parts of our supply chain, especially in fruit and vegetables.”

Greenpeace has been campaigning for NSW and Victoria to introduce a ban. Some Western Australian councils have indicated they could ban single-use bags, Greenpeace said.

NSW Opposition Leader Luke Foley slammed Premier Gladys Berejiklian for “bringing shame” on the state by not banning the bags.

He congratulated the supermarkets on their announcements.

“Gladys Berejiklian must stand up today and announce a statewide ban on plastic bags – if she doesn’t I will under a Foley Labor Government.

“It’s a no-brainer: plastic bags kill. They kill our wildlife, they kill turtles, dolphins, fish and birds, and they pollute the precious natural environment of our state.”

The Australian Greens applauded Woolworths and Coles and added to the pressure on the NSW state government.

Woolworths and Coles will ban plastic bags from their supermarkets