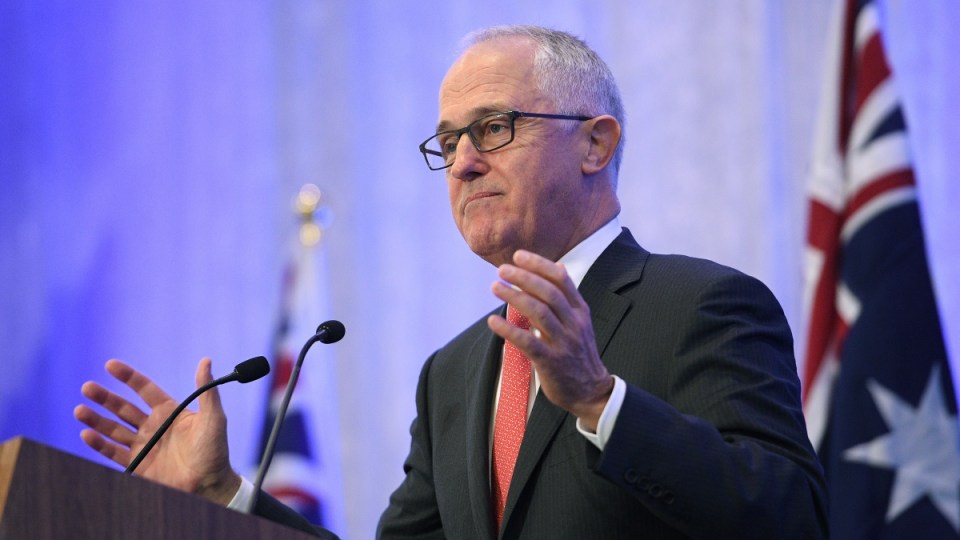 Mr Turnbull declared himself sick of politics and personalities in a fresh dig at Tony Abbott on the first anniversary of his election. Photo: AAP

Malcolm Turnbull has taken a fresh swipe at Tony Abbott, saying it was time for builders “not wreckers” and declaring himself sick of politics and personalities.

Following a week of Liberal in-fighting, the prime minister on Saturday used the one-year anniversary of his election to highlight his successes as leader.

He said the government had achieved real-time results in the past 12 months – not just headlines or announcements.

“They’re not theories, or thought bubbles, or glib one liners,” he wrote in a column for News Corp.

Mr Abbott, in a speech this week, questioned the Turnbull government’s credibility on global security and its decision to put job creation ahead of having the most effective armed forces.

In an earlier speech, he said he was in no hurry to leave public life because Australia needed strong, Liberal, conservative voices more than ever.

Mr Turnbull, having batted away questions about his predecessor all week, said voters were sick of politics and personalities.

“This is a time for builders, not wreckers. For leaders who get things done and don’t just talk. For negotiators and deal-makers who trade in results, not in platitudes.”

On energy, Mr Turnbull said his government was guided by engineering and economics – not ideology and politics.

“My clear message to politicians and journalists alike, is don’t focus on yourselves. Focus on the people who elected us.”

Mr Turnbull said he was more determined than ever to govern for all 24 million Australians as he enters the second year of this parliamentary term.

‘This is a time for builders, not wreckers’: PM