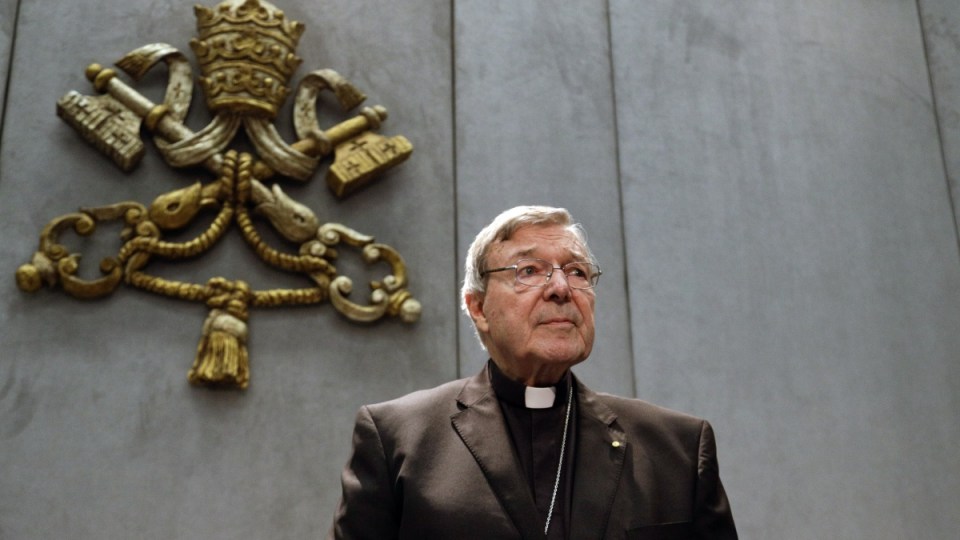 George Pell has said he will vigorously defend the charges. Photo: AAP

The Catholic Archdiocese of Sydney will house Cardinal George Pell when he returns to Australia to face historic sexual assault allegations.

But Archbishop Anthony Fisher said the Archdiocese would not pay for his legal fees as the Cardinal prepares to face a Melbourne court next month.

“While the Archdiocese will assist with the Cardinal’s accommodation and support as it would for any of its bishops or priests, it is not responsible for the Cardinal’s legal bills arising from these matters,” Archbishop Fisher said, ABC reports.

Victoria Police charged Cardinal Pell on Thursday with “multiple charges” relating to “multiple complaints”, sending shockwaves to the top of the Vatican.

Cardinal Pell, the third most powerful person in the Catholic Church, has been put on leave while he defends the charges and immediately ceased public duties.

The Vatican has publicly supported Cardinal Pell, but the charges have left the church vulnerable to criticism.

Christopher Lamb, the Rome correspondent for Catholic newspaper The Tablet, told ABC Lateline the charges had a “huge impact” on the church.

“Obviously there was a possibility the Cardinal would be charged and the police were about to make a decision, but when it came through it really sent shockwaves through the global headquarters of Catholicism and the church is still coming to terms with this news,” he said.

“It’s had a huge impact. I think it’s fair to say this is the biggest crisis to face Pope Francis during his papacy.”

Whatever the outcome, Cardinal Pell could be forced out of his position as Vatican treasurer.

An unnamed insider told The Australian: “This is the end of the road for George Pell in the Vatican, regardless of the outcome – he will be pensioned off when the court case finishes.”

Cardinal Pell is old enough to retire with a pension, but on Thursday said he planned to clear his name and return to his duties in Rome.

Paddy Agnew of the Irish Times said the charges “will have rocked the Pope”.

“The Pope will know that there will be a reputational ­fallout from this,” Mr Agnew said.

“Pope Francis might have been slow to understand the weight of the sex abuse allegations but he has learned a lot and he will not in any way minimise it or push under ­carpet. He has learned that will be a big mistake to cover it up.”

Cardinal Pell, 76, is the most senior Catholic cleric to face sex charges.

When he arrived at a press conference on Thursday, he pulled out a chair to sit down.

“Keep standing,” the head of the Holy See Press Office quietly told him.

The direction was picked up by microphones, the ABC reported.

The charges have been widely covered in Italian media.

La Repubblica warned “the shadow of paedophilia and rape returns to obscure the church”.

It described the cardinal as the “controversial kangaroo” and branded Australia as “a paradise of the orcs”, saying in the past seven per cent of priests had been accused of sexual assault.

La Repubblica said the latest development had “plunged the Vatican into a solemn state” on the feast day of Saints Peter and Paul.

He said he was looking forward to clearing his name after a “relentless character assassination”.

“I’m innocent of these charges. They are false,” he said.

“The whole idea of sexual abuse is abhorrent to me.”

A Vatican spokesperson on Thursday said the church respected the Australian justice system.

“At the same time, it is important to recall that Cardinal Pell has openly – and repeatedly – condemned as immoral and intolerable the acts of abuse committed against minors,” the spokesperson said in a statement.

Cardinal Pell is expected to appear at the Melbourne Magistrates Court on July 26.