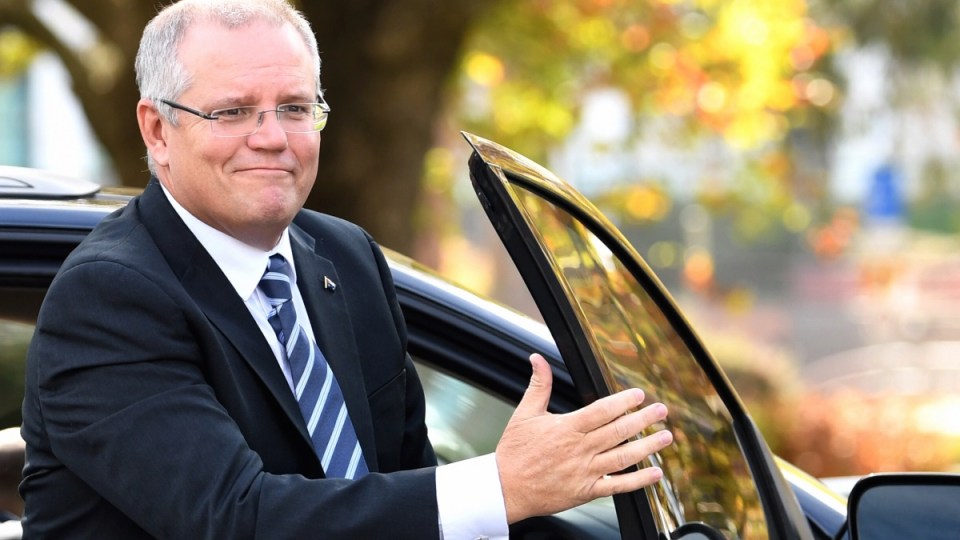 States have reacted angrily from Scott Morrison's suggestion they could be penalised for banning fracking. Photo: AAP

Treasurer Scott Morrison has been accused of blackmailing his state and territory counterparts after threatening to cut their GST share for placing restrictions on fracking.

Mr Morrison warned on Thursday that a Productivity Commission inquiry into the GST would consider state governments’ attitudes towards unconventional gas exploration.

He said it was unfair that states and territories that placed restrictions on gas exploration received a greater per capita share of the GST than governments such as Western Australia, which showed a desire to exploit their natural resources.

“I think it needs a fair-dinkum look,” he told The Australian.

“The Productivity Commission is looking at whether the way the states and territories operate is giving them a leave pass under the GST formula for not getting on and doing things.

“When you have states that get on and do things, should they be penalised by getting less GST?”

The suggestion that states could be financially penalised for imposing a ban or moratorium on gas exploration infuriated environmental groups.

“This is an outrageous move by the federal government to blackmail state and territory governments into accepting fracking, regardless of the devastating impact it will have on farmland and water resources,” Anti-coal seam gas group Lock The Gate said.

Victoria has banned fracking, the Northern Territory has imposed a moratorium subject to the findings of an inquiry, while New South Wales has restricted the controversial practice in some areas of the state.

States and territory governments also slammed the proposal, with Victorian Treasurer Tim Pallas labelling it a “silly thought bubble from a Commonwealth government struggling to deal with its own incompetence and inertia”.

The Victorian premier Daniel Andrews went further, suggesting the government could “frack off”.

“They say if we maintain our ban on fracking, they’ll cut funds to our schools and hospitals,” he said.

“We banned fracking to protect farmers and their families and we won’t be bullied by politicians from Sydney who know nothing about regional Victoria.”

“It is an absolute disgrace that the Treasurer Scott Morrison from Canberra is threatening the GST funding coming into the Northern Territory based on whether or not we frack.”

It comes as the Productivity Commission considers whether the way the GST is currently carved up discourages states from raising more revenue.

The Western Australian government has long argued its share – 33.4 cents for every dollar – is unfair.

In a submission to the inquiry, the WA government argued the GST should be distributed on a per-capita basis, which would hand the state an extra $10 billion.

WA Premier Mark McGowan warned the Liberals would face a backlash at the next federal election if the issue was not solved.

“My message to Mr Morrison is the GST is the biggest issue in Western Australia and the people of WA spoke at the state election saying they want change,” he told the ABC.

“This is the opportunity for him to create change.”

But Mr Morrison said on Thursday any change to the way the GST was carved up could not be based on “parochial sentiment”.