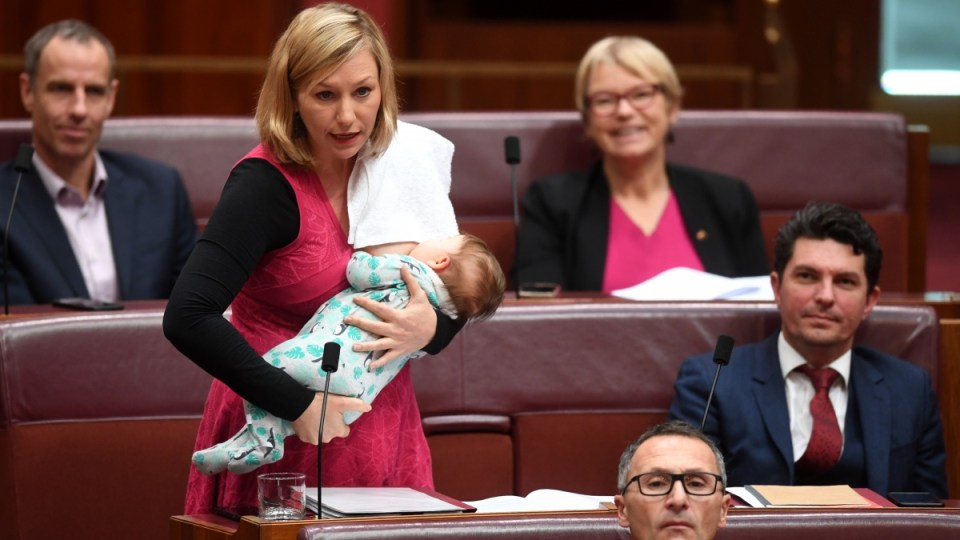 Greens senator Larissa Waters has made history once again, breastfeeding her baby while moving a motion in the Australian parliament.

Three-month-old Alia Joy has been a regular visitor in the Senate chamber since she made her debut in May, making history as the first baby to be breastfed in federal parliament.

Since then, she’s accompanied her mother during numerous Senate divisions and debates, and even to the Midwinter Ball, a charity event attended by politicians and journalists.

On Thursday, she was breastfed while Senator Waters was on her feet to move a motion relating to black lung disease.

First time I've had to move a Senate motion while breastfeeding! And my partner in crime moved her own motion just before mine, bless her

Senator Waters has called for more women and parents in parliament since returning from maternity leave following the birth of her second daughter in March.

It comes after she instigated changes to Senate rules last year, extending rules that already allowed breastfeeding in the chamber to allow new mums and dads to briefly care for their infants on the floor of parliament.

The House of Representatives has made similar changes.

Greens colleague Sarah Hanson-Young made headlines in 2009 when her two-year-old daughter Kora was taken from her arms and ejected from the Senate chamber.

History made as Greens senator breastfeeds her infant during Senate speech