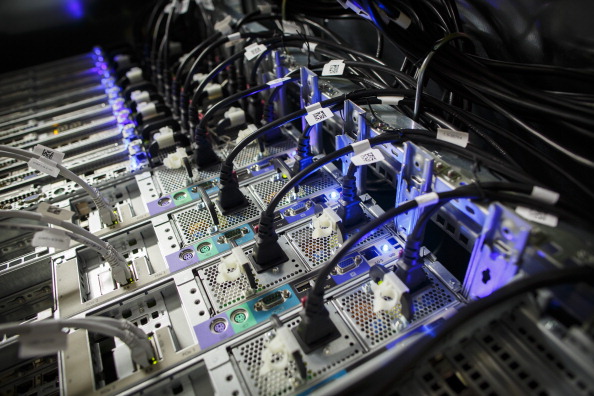 The Defence Department is moving to end its relationship with a Sydney data centre after a Chinese consortium bought half of the centre's parent company. Photo: Getty

The Defence Department will terminate its relationship with a Sydney data centre in 2020 and move its secret files back into a government-owned hub, because a Chinese consortium bought half of the centre’s parent company.

The department is preparing to spend up to $200 million on the move, despite assurances from the company, Global Switch, that its files are secure.

The ownership of Global Switch changed in December when the London-based parent company, Aldersgate Investments, accepted $4 billion in cash for a 49 per cent stake from Chinese consortium Elegant Jubilee.

The investors were assembled by Li Qiang, who owns shares in one of China’s leading data centre companies, Daily Tech.

Former British defence secretary, Sir Malcolm Rifkind, was among senior politicians and experts in the United Kingdom who raised security concerns when the deal was being forged.

The ABC has confirmed that the ownership change triggered a Foreign Investment Review Board investigation.

The Government then imposed strict new conditions on the company, including seeking an assurance that its Australian arm would continue to be 100 per cent owned and operated by Aldersgate Investments.

Treasurer Scott Morrison said the government “acted to ensure the integrity of our foreign investment process when it came to that data centre”.

“They got a very clear message from the government about how the government would feel about [the Sydney data centre] being incorporated into that global deal,” Mr Morrison said.

But in a sign that Defence now questions the wisdom of outsourcing sensitive data, the ABC has been told it will shift it all back into government hands once the contract with Global Switch expires in 2020.

Planning for that is already underway and could cost up to $200 million.

Mr Morrison said Defence had made “an entirely appropriate decision” to remove its data from the centre by the end of the decade.

“We see how sophisticated actors can use cyber techniques to steal information and if you combine that with ownership of companies which gives intelligence agencies access to both hardware and software, well that’s a vulnerability,” Mr Jennings said.

But he said the company was essentially a high-quality, technical real estate business.

“We don’t provide IT services to customers nor do we have access to customer data,” Mr Reid said.

One of the requirements for a centre to qualify was that it demonstrate the credentials to store national security classified systems, from Restricted to Secret.

Files classified Top Secret are not held in private hands.

Five data centre operators in three states and territories were initially approved in a move designed to save $1 billion over 15 years.

It signed a 10-year lease agreement with Defence in 2010, as the department sought a new home for the data then held at an outdated facility in the Canberra suburb of Deakin.

The London-based company was established in 1998 and has 10 data centres around the world.

The Australian Government blocked Huawei from tendering for contracts in the National Broadband Network in 2012 because it believed the telco was a security risk.

The Government spends around a billion a year on data centres.