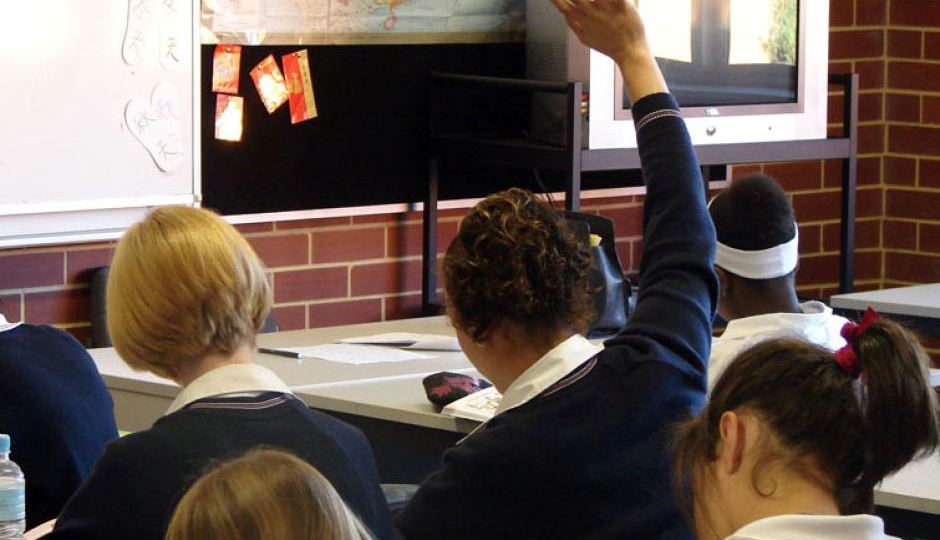 A soon-to-retire Liberal senator is threatening to vote against the Government’s school funding plan, which would make it harder for the Government to get its bill through the Senate.

West Australian Liberal Chris Back told AM he would cross the floor unless Education Minister Simon Birmingham agreed to some changes, including a 12-month delay on implementation.

Senator Back has had a longstanding interest in education, especially the Catholic sector.

He said his main concern was that proposed changes to the distribution of school funding between different educational systems were not fair.

Senator Back retires from the Senate at the end of this week, which would make crossing the floor one of his final acts.

But he said he expected his concerns could be fixed.

“I’m confident that we can resolve it,” he said.

Senator Birmingham said there were “technical issues” being discussed with Senator Back and, “I am sure that in the end he will support what is a very significant additional investment into Catholic education across the country”.

If Senator Back does refuse to vote for the plan, the Government would need 11 extra votes to get the plan through.

The nine Greens senators have not ruled out voting for Senator Birmingham’s plan, but are still negotiating on the Government’s plan to spend an extra $18.6 billion on schools by the end of the decade.

Greens education spokeswoman Sarah Hanson-Young said the Coalition was offering to bring the timeline forward so more money would be spent sooner.

“It’s encouraging of course that they’ve been prepared to make improvements,” she said.

“My party room is going to have consider all of the details of this, how it works, work out whether it does deliver for public schools.”

As well as seeing the package brought forward, the Greens and the Nick Xenophon Team (NXT) want an independent watchdog set up to oversee how school funding is being allocated.

The body would, for example, make sure the Catholic system was distributing its pool of money between its schools fairly and based on need.

The Greens and the NXT also want the Commonwealth to force the states to better meet their school funding responsibilities.

“All parents, including myself, need to know how to budget for next year and parents want to see investment and reform in schools,” she said.

Catholic schools could be $700m worse off

It is understood Department of Education modelling shows the Catholic school sector could be $700 million worse off over the next four years under the Government’s plan than if the system stayed the same.

The Coalition argued it was redistributing the funding pool based on need.

Government data shows some top tier Catholic schools have been receiving nearly three times the taxpayer funding they are entitled to under the Gillard government’s Gonksi school funding model.

But the National Catholic Education Commission’s executive director and former Labor MP Christian Zahra argued the Coalition’s changes would be anything but fair.

“There are a lot of low-fee Catholic schools which will have funding cut from them under the Minister’s model,” he said.

When asked whether that would only happen if the Catholic system did not redistribute money from its wealthy schools to its poorer ones, Mr Zahra said.

“No, I think that’s a misleading thing to say, there are many schools, right around Australia which are identified as being low-fee systemic Catholic schools, which under the Minister’s model are going to have their funding decreased next year”.

The Government said overall its plan would see a 3.5 per cent funding increase for each Catholic school student.

Debate on its legislation is set down for Wednesday.