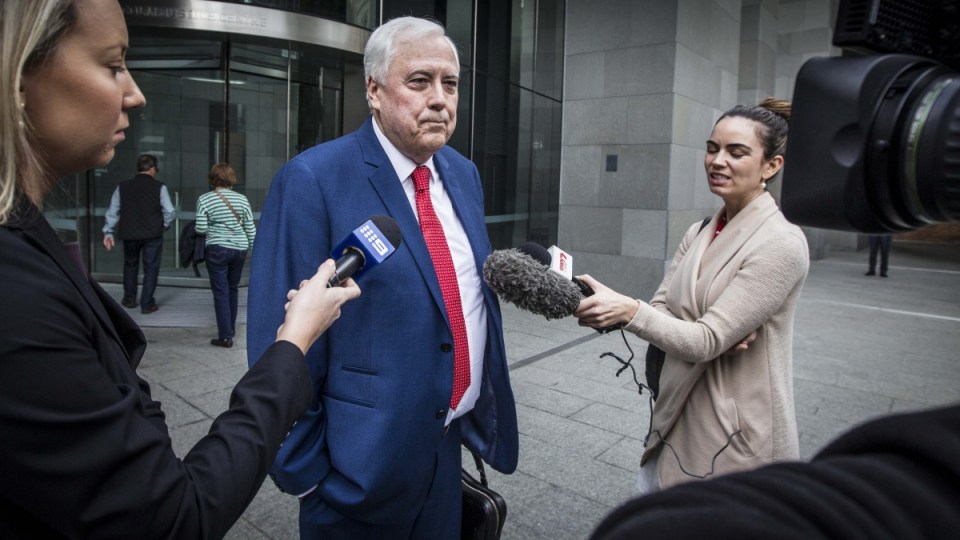 Clive Palmer has reportedly taken family and friends on an expensive Mediterranean cruise weeks after taking the stand in a court case during which he claimed to be seriously ill.

The mining magnate and former federal MP appeared in a Federal Court in Brisbane in May on a judge’s order, despite Mr Palmer arguing he was suffering from pancreatitis and so too ill to give evidence.

Mr Palmer had been due to face questions about the whereabouts of his globe-trotting nephew Clive Mensink, clutching a vomit bag and pillow and using a breathing apparatus while giving evidence to liquidators of his Queensland Nickel company.

The adult son of former Queensland Nickel managing director Mr Mensink, who is the subject of two arrest warrants, reportedly joined the cruise.

News Corp published photos and details of the luxurious 24-day Mediterranean cruise which his family boarded in Spain, and is scheduled to visit Majorca, Sicily, Malta, Gibraltar and Croatia.

It is understood he took a group of about 20 family members and friends on the cruise at about $10,000 a head.

Mr Palmer responded to the reports on Monday and defended spending time with his family.

“Like any Australian, I have the right to take my family on a holiday,” he said in a statement.

“There are no actions against me for anything in any court. I have not been accused of any crime against anyone.

“If it’s a crime to love your wife and children to spend time with them then I am guilty.”

Mr Palmer has consistently denied he was in charge of Queensland Nickel when it went bust in 2016, leading to debts of about $300 million and causing up to 800 job losses.

He maintains he retired from business activities in 2013 after being elected to Parliament.

Liquidators are now seeking $66 million for the sacked workers.