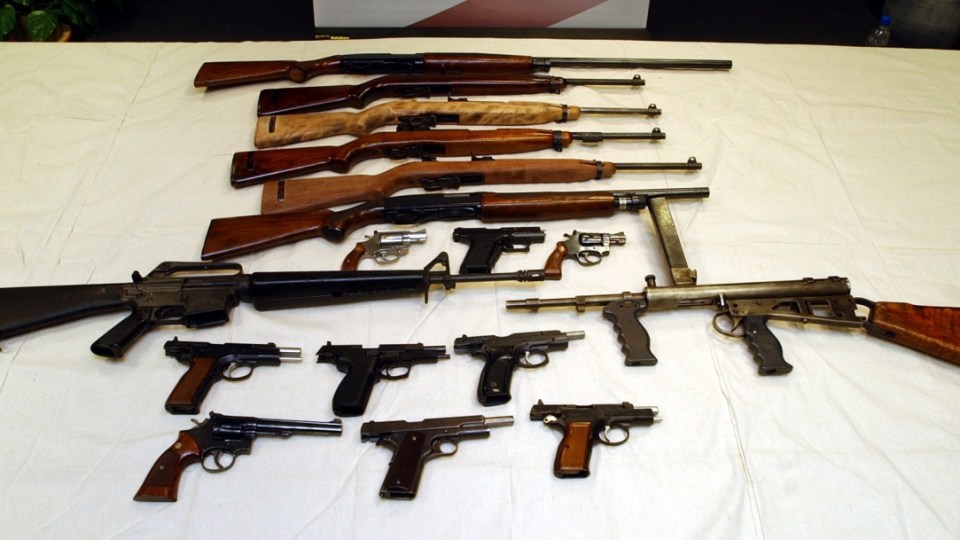 The Government believes there are still 260,000 illicit guns in Australia. Photo: AAP

The increased threat of terrorism and a flood of illegal guns into the community have led the government to establish the first national gun amnesty since the Port Arthur massacre.

On Friday, Justice Minister Michael Keenan will announce the details of the three-month amnesty running from July 1.

The amnesty begins amid growing debate about national security, and how people such as Lindt Cafe siege gunman Man Haron Monis got access to weapons.

“Clearly the fact [is] we’ve got a deteriorating national security environment, we’ve got an environment where there has been five terrorists attacks on our soil and sadly in the vast majority of those cases it has been an illegal firearm that’s been used,” Mr Keenan told the ABC.

“Clearly that makes this top of mind and why we want to make sure we can clear as many illegal firearms from the community as possible.”

‘No questions asked, no repercussions’

Mr Keenan maintains Australia’s gun laws are some of the strongest and most effective in the world, but there are still serious concerns about the number of illegal weapons in the community.

“We know that we’ve got a big illicit firearm market in Australia, 260,000 illicit guns we believe are out there,” he said.

“It might be a family heirloom, it could be the family member who owned it has died for example and the family just doesn’t know what to do with it.

“So we want to give people an opportunity to hand in their guns, no questions asked, no repercussions.

“We don’t want those guns to be able to fall into the wrong hands.”

In 1996, gunman Martin Bryant murdered 35 people and wounded 23 others at the Port Arthur historic site in southern Tasmania.

Mr Keenan argued subsequent state amnesties, such as in Queensland, had proven a successful way to clean up the streets.

“There does appear to have been a proliferation of illicit guns over time, but remember there used to be a lot of guns in Australia until we’ve had very strict gun laws that were instituted after the Port Arthur massacre in 1996.”

People caught outside the amnesty period with an unregistered firearm could face fines of up to $280,000 or up to 14 years jail.