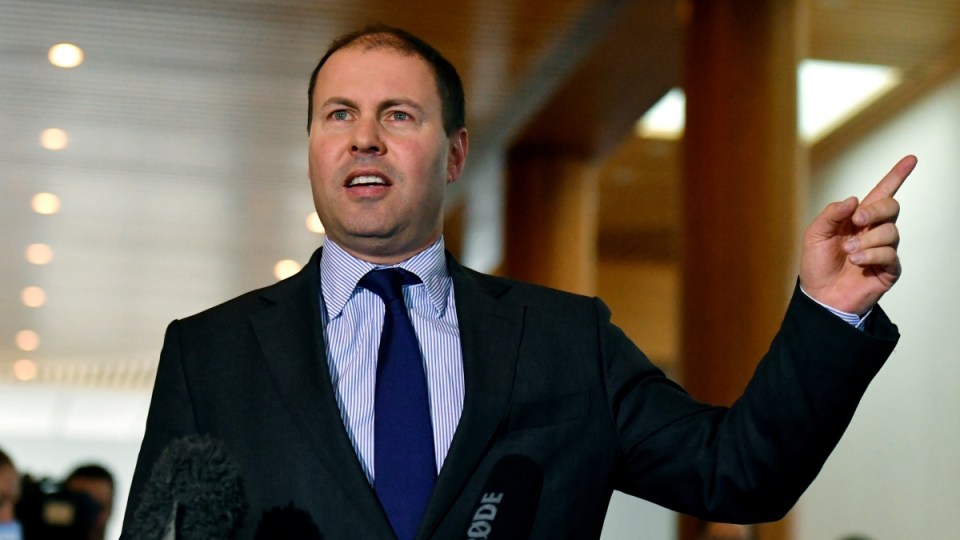 The Turnbull government has paved the way for taxpayers’ money being used to help bankroll so-called ‘clean coal’ energy – a move one environmental group said was “like smoking to reduce cancer”.

The ‘green bank’ had been prohibited from investing in the technology – and also nuclear – in a deal struck between the Greens and the former Labor government to pass the CEFC legislation.

“Carbon capture and storage can reduce emissions by up to 90 per cent. It will ensure the Clean Energy Finance Corporation is technology neutral.”

Mr Frydenberg said there were 17 successful carbon capture and storage projects rolled out throughout the world and two demonstration projects in Australia.

“This is proven technology. Technology which should be made to work in Australia to reduce our emissions and help us meet our Paris targets,” he said.

What is carbon capture and storage?

The technology is designed to reduce emissions by capturing carbon dioxide (CO₂) and storing it in the ground, safely away from the atmosphere.

“What we do is sieve out the carbon dioxide from the gas and we concentrate it up, and then we store it deep underground. We’re essentially putting the carbon back where it came from so it will stay there for eons.”

However, experts have questioned the viability of the technology in clean energy production because it remains more expensive than renewables.

Former CEFC chief executive Oliver Yates told a parliamentary hearing earlier in the year that the technology did not represent a “sensible” investment.

The Climate and Energy College’s Dylan McConnell said the CEFC’s commercial imperative meant it was “quite difficult” to see how it could fund carbon capture and storage technology.

Mr McConnell said it was more likely that it could finance the retrofitting of existing power stations than to build standalone high efficiency coal plants with CCS.

“The cost is just too expensive,” he said.

“You’d use the entire Clean Energy Finance Corporation to build a single plant.”

The move was quickly slammed by Greens, with the party’s environment spokesman Adam Bandt accusing the “rent-seeking” coal industry of begging the government to keep it afloat.

“Even coal-loving Donald Trump has cut funding to carbon capture and storage,” he said.

Earlier in the month, Mr Trump’s budget proposed cutting funding for research into carbon capture and storage by 85 per cent.

Australian Conservation Foundation chief executive Kelly O’Shanassy said there was “no such thing as clean coal”.

“Ordering CEFC to invest in coal technology is like telling the health department to invest in tobacco,” she said.

“CCS must be part of the future here and internationally if we are to maintain affordable energy and other key industries including steel making and cement production,” he said.

The government is currently awaiting a review into energy reform from the nation’s chief scientist Alan Finkel, which is expected to recommend the policy industry, electricity companies and the opposition – an emissions intensity scheme.

But Prime Minister Malcolm Turnbull told the Coalition party room on Tuesday that the government would not be pursuing such a scheme.