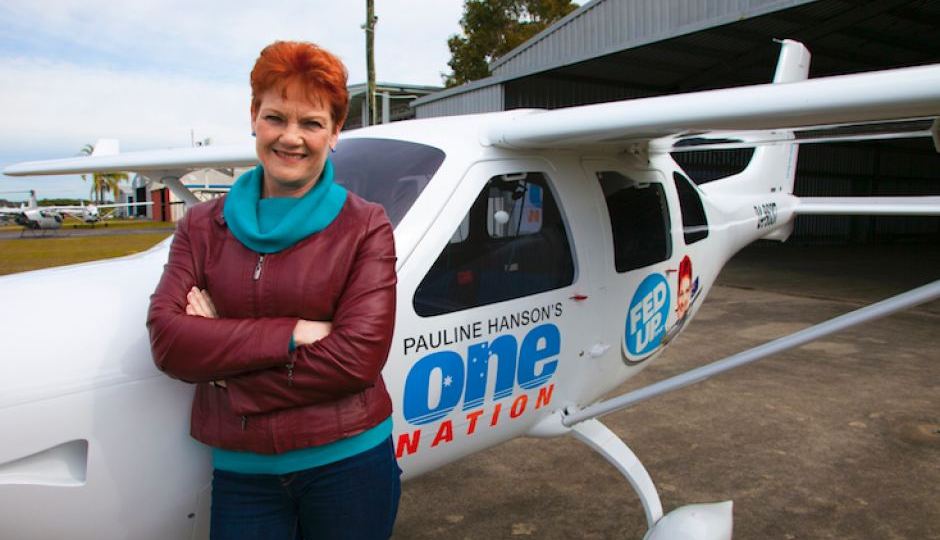 The Australian Electoral Commission has launched a formal investigation into the ownership of a plane used by One Nation. Photo: One Nation

The Australian Electoral Commission (AEC) has launched a formal investigation into the ownership of a plane used by One Nation.

The AEC told a budget estimates hearing it was exercising its “rarely used” coercive powers to gather evidence in the investigation.

“The Commission started off a process of enquiring of a number of people involved … seeking information voluntarily so we could piece together some facts,” he said.

Some weeks ago, it issued notices that would compel recipients to provide information or risk jail.

“It’s not often we use these notices, the last time was about five years ago,” Mr Rogers said.

“With the issue of those notices, the matter ceased being an inquiry and became a formal investigation and that’s where we are at the moment.”

The plane at the centre of the investigation is emblazoned with party leader Pauline Hanson’s face and the One Nation logo.

Senator Hanson used the Jabiru aircraft to fly around Australia on occasion from 2015 onwards.

The ABC’s Four Corners program uncovered evidence the plane was bought for the party by property developer Bill McNee.

Former president and secretary of the Western Australian branch of One Nation, Ron Mclean and Marye Louise Daniels, told Four Corners that Mr McNee told them he bought the plane for One Nation.

Mr Rogers declined to answer further questions about the plane from Senators, including Senator Hanson, while the matter is under investigation.

She asked him to confirm her party had provided the plane’s log book and “all the information required”, but Mr Rogers declined to do so.

‘What a hit’: Albanese on attack after dire wages data
Inquiry into mother’s convictions over deaths of four children
Viagogo loses appeal over $7 million penalty
Sydney home sprayed with bullets in gang violence
‘Admit what the hell is going on’: Biden wants US to face White Supremacy problem
Device detonated, man arrested in Brisbane sieges
‘You’re a tyrant and a dictator’: Tantrums, dummy spits an ugly feature of Senate Estimates
Today's Stories