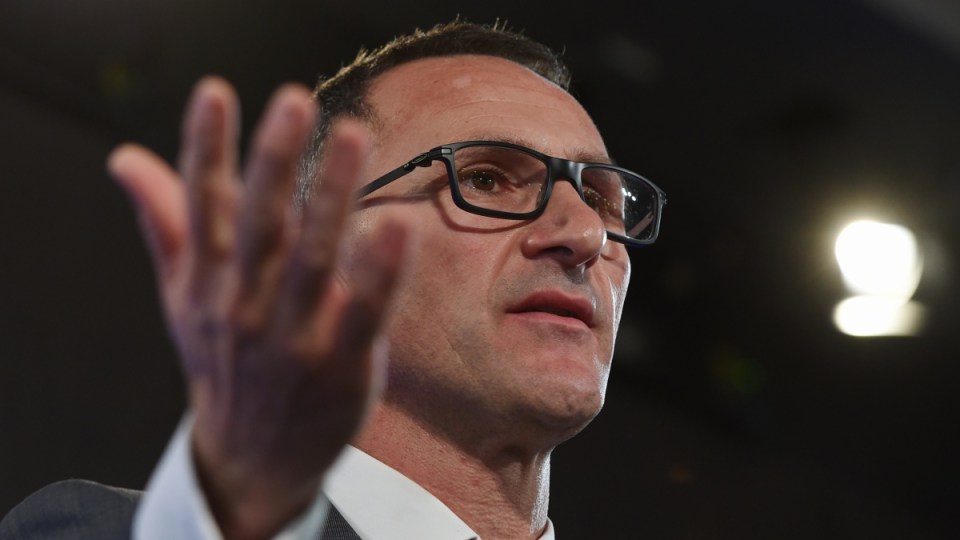 Greens leader Richard Di Natale has waded into the debate about the Turnbull government’s ‘Labor-lite’ budget, declaring that the Coalition’s policy u-turns showed the progressive side of politics is “winning and shifting the direction of the conversation”.

It comes days after Labor frontbencher Anthony Albanese said the opposition should “celebrate our victories” in a speech widely seen as marking a split with Opposition Leader Bill Shorten’s more antagonistic approach to the budget.

On Tuesday, Senator Di Natale noted that his speech in reply to the budget struck a very similar tone to what Mr Albanese had later urged – to acknowledge that the political ground had shifted in Australia.

“I think he got it right and Bill Shorten got it wrong,” Senator Di Natale told The New Daily.

“The reality is, when you get someone standing up from the IPA [free market think tank] spruiking things like bank levies and Medicare levies, you know that you are winning and shifting the direction of the conversation.”

“That’s something we should acknowledge and celebrate.”

While the Greens leader slammed the government in a range of policy areas, saying it was “screwing over young people” and doing “bugger all” on climate change, he warned against relentless opposition.

“I think you have two options: you can go down the cynical, opportunist route. Or you can actually recognise you’re here to shift the direction of the country. And we’re starting to achieve that in some areas,” he said.

“Tony Abbott was a very effective opposition leader but he made a terrible Prime Minister.”

“Bill Shorten has got to be careful he doesn’t fall into the same trap.”

In his budget reply speech, Mr Shorten rejected suggestions the budget represented a marked change in the government’s approach or that it was a ‘Labor-lite’ budget.

Labor has vowed to oppose a range of budget measures, including the government’s universal increase to the Medicare levy to fully fund the National Disability Insurance Scheme, which began under Labor, and the government’s ‘Gonski 2.0’ schools funding package.

Last week, Mr Albanese said the budget was an “overwhelming victory for the Australian Labor Party”, while also criticising many of its measures.

He later said his remarks were “entirely consistent” with Mr Shorten’s position.

The Greens have been more open to wheeling and dealing under Senator Di Natale’s leadership, with the minor party negotiating with the government on issues such as the Backpacker Tax.

His latest comments come as the party considers its position on the government’s needs-based school funding package – which embraces the needs-based model first supported by Labor.

The minor party copped a backlash after its education spokeswoman Sarah Hanson-Young appeared to indicate the Greens may support the bill.

Senator Hanson-Young later clarified that the party is yet to form a position and its focus is on funding for public schools.

But the opposition says the package rips $22 billion out of the schools system, siding with public education unions and also the Catholic sector, which will get less money than it would under the funding arrangements negotiated by the former Labor government.

On Tuesday, Labor’s deputy leader and education spokeswoman Tanya Plibersek told the Labor caucus that “if the Greens support this, it just shows how moronic they are”.

The government says the package will pump an extra $18.6 billion into the schools system over 10 years, while reducing public money for schools deemed ‘over-funded’.