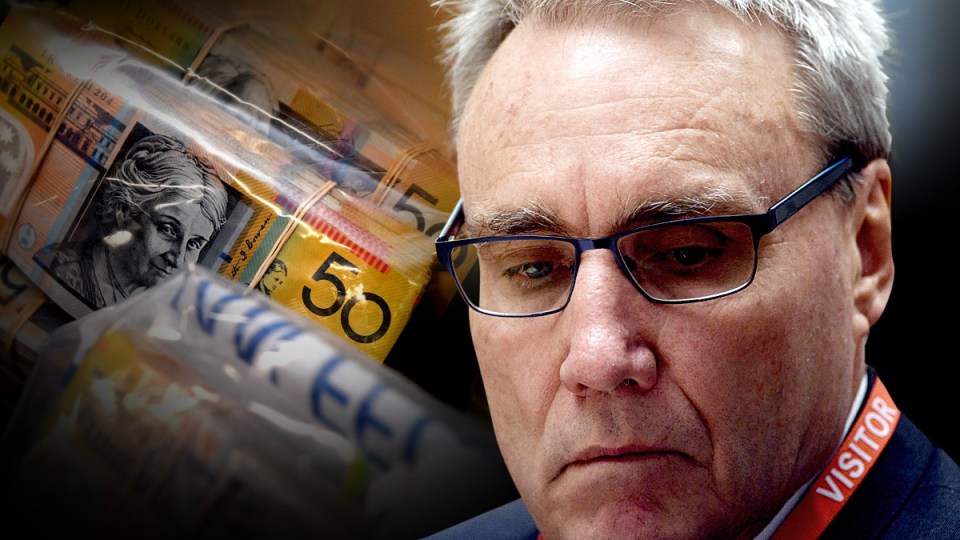 Michael Cranston has been an ATO official for decades. Photos: AAP

One of Australia’s most senior tax bosses Michael Cranston will face court, and his son and daughter have been arrested and charged as part of a police investigation into an alleged $165 million tax fraud.

The deputy ATO commissioner, Mr Cranston, has been summonsed to appear in court on June 13, when the AFP plans to allege he abused his position as a public official. He has been suspended from his job without pay. The AFP does not believe he had any knowledge of the alleged fraud.

Nine people, including his son Adam Cranston, 30, and his daughter Lauren Anne Cranston, 24, were arrested in surprise raids on Wednesday night as part of codename Operation Elbrus.

An AFP spokesperson said the scale of the alleged scam was “unprecedented” and had allegedly defrauded the Commonwealth of at least $165 million, but it could be much more.

“We will take time to … see if that is where the conspiracy ends or if there is further charges or further money that has been defrauded,” AFP Deputy Commissioner Leanne Close said.

Twenty-seven homes and businesses were raided across Sydney on Wednesday night. A further six search warrants will be executed on Thursday, the AFP said.

The AFP alleges that Adam Cranston asked his father to access information on his behalf.

He has been released on bail after he faced court via video link in Sydney on Thursday afternoon and is expected to appear again on August 29.

Two others allegedly involved in the criminal syndicate were also released on bail, while a further two people were expected to appear later on Thursday.

The AFP will also allege the nine charged persons used “lavish lifestyles” to help hide the funds, including luxury cars, $15 million in cash and investment properties.

“The scale of this alleged fraud is unprecedented for the AFP,” Ms Close told a media conference on Thursday.

“It appears that his son has asked him to access some information potentially.

“We don’t believe that at this point that he had any knowledge of the actual conspiracy and the defrauding.”

Adam Cranston, 30, is due to face Sydney’s Central Local Court on Thursday morning charged with conspiracy to defraud the Commonwealth.

It’s alleged the fraud involved a payroll company which would funnel wage payments through a second tier company, and then only pay the ATO a fraction of the income tax required.

Michael Cranston has been employed by the ATO for more than three decades and is involved in the organisation’s private groups and high-wealth segment.

Watch the AFP footage of the raids

Part of his biography on his LinkedIn account reads: “My personal philosophy is that the tax system belongs to all Australians, and we all need to work closely together to ensure that it is administered fairly, efficiently and causes the least pain for all that participate.”

“We have commissioned an internal Australian public service Code of Conduct investigation into a small number of other employees and will be forensic in our examination of what has occurred,” Mr Mills said.

“The people being investigated have been suspended without pay.”

Both Prime Minister Malcolm Turnbull and Treasurer Scott Morrison have fronted the media to say the charges prove the system works.

“Those who think they can defraud Australian taxpayers, today’s events show that they have another thing coming,” Mr Morrison told reporters.
“We’ll find you, we’ll track you down and we’ll make sure you’re brought to justice.”