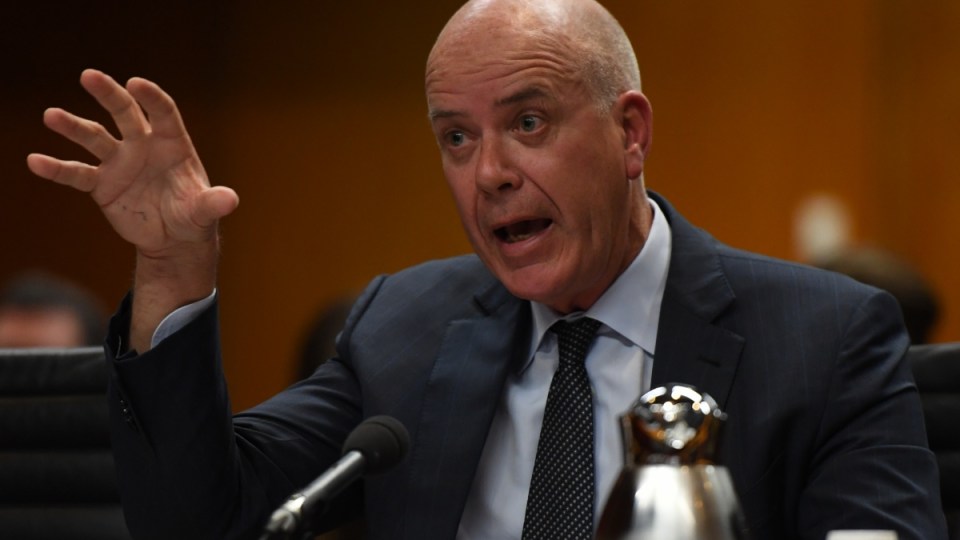 Fairfax boss Greg Hywood has been subjected to a public grilling over his salary, denying he was paid as much as $7 million last year while the company sacked journalists.

Mr Hywood, whose pay packet has come under intense scrutiny after he announced the company would slash 125 jobs at The Age, Sydney Morning Herald and Australian Financial Review, refused to reveal the exact figure on Wednesday.

“Frankly, I thought we were here to talk about the future of journalism,” he told a parliamentary inquiry.

Mr Hywood said “media speculation” that he had been paid $7 million in the past financial year was incorrect. But he would not reveal the actual figure.

“The question of what did you get paid last year, you know the answer to that, surely?” Labor Senator Sam Dastyari asked in one exchange.

“So what did you get paid last year?” Senator Dastyari asked.

Mr Hywood said: “I don’t think that’s appropriate. This is an inquiry about the future of journalism not the executive remuneration of ASX-listed companies.”

Earlier, Mr Hywood said he had a base salary of $1.6 million, plus short and long-term bonuses, which he would not disclose.

“What we do at Fairfax is what every other company does,” he said.

Despite fronting the inquiry voluntarily, Mr Hywood was still subjected personal criticism from the cross-party group of senators.

Labor Senator Kimberley Kitching told Mr Hywood: “You’re a former journalist, you’ve risen to the top of one of the world’s great media companies. And then some would argue perhaps you’ve driven it off the cliff in your Maserati” – a reference to the car the media boss drives. She also asked if he was the “Marie Antoinette of Fairfax”.

Though Mr Hywood denied the $7 million figure, Greens Senator Scott Ludlam said it would represent about 7 per cent of the total editorial budget of the The Age, SMH and the AFR.

Mr Hywood also used his appearance at the inquiry into the future of journalism to launch a surprise attack on the ABC’s free online news service, which he said created an unfair playing field for commercial news websites.

While mostly blaming Google and Facebook for the ailing health of commercial media and assuring the inquiry he was not “anti-ABC”, he criticised the broadcaster for paying money to websites such as Google to boost its search engine performance.

“They use dollars to drive their traffic and they take traffic away from us. Traffic is dollars to us,” Mr Hywood said.

Asked if the ABC needed to change its operations, he replied: “I’m not saying doing this with the ABC is going to solve the problem. It’s a bigger problem than that. It just doesn’t help.”

An ABC spokesman defended the organisation on Wednesday, saying the practice was also used by the BBC and Canada’s public broadcaster CBC.

“This is normal marketing behaviour in the digital space and is critical to ensuring audiences find relevant content.”

Sparked by the latest round of redundancies at Fairfax, the inquiry has been set up to consider issues such as the loss of advertising revenue to Google and Facebook, clickbait, fake news and content aggregation.

Mr Hywood was also asked about a TPG Capital bid to purchase the company, but said he could not comment.

Fairfax boss Greg Hywood slammed over pay, hits out at the ABC