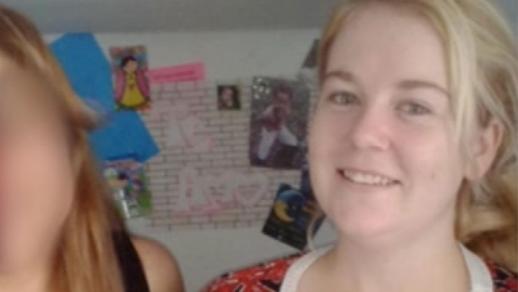 Cassie Sainsbury has been visited by her fiance and family in prison. Photo: 9News

Cassandra Sainsbury’s family has accepted an irresistible offer to complete an exclusive interview with 60 Minutes in exchange for an all-expenses paid flight to Colombia to visit their daughter, according to widespread reports.

It is understood the accused drug mule’s mother Lisa Evans and sister Khala Sainsbury have signed a media deal to be reunited with Cassandra.

When contacted by The New Daily, the Nine Network refused to deny the reports of a tell-all deal with Ms Sainsbury’s family.

The alleged deal will involve the family providing Channel Nine exclusive access to Ms Sainsbury in jail and a sit-down interview on current affair programme 60 Minutes, according to reports by News Corp outlets.

When asked by The New Daily to confirm whether Ms Sainsbury’s fiance Scott Broadbridge had signed a media deal, the Adelaide-based lawyer representing the accused, Stephen Kenny, refused to comment.

However, Mr Kenny has been quoted by other sources saying he was unaware of any media deal involving Mr Broadbridge.

“I am representing Cassie and taking instructions from her direct through Scott,” he said.

“I have reached out to the family but I have not spoken to them.

“We were told that Cassie’s mother and daughter had signed a deal.

“[Scott] has signed no media deal, in fact we have not had any discussions with him about it.”

Ms Sainsbury is reportedly coming to terms with her situation in a Colombian jail, as a new photo has emerged of her smiling with a fellow inmate in her prison cell.

The picture, believed to have been taken on Monday and acquired by Channel Nine, is the first glimpse into the Adelaide 22-year-old’s time at the El Buen Pastor women’s prison since she was arrested at Bogota’s international airport last month for allegedly carrying 5.8kg of cocaine in her luggage.

The image depicts Ms Sainsbury smiling, wearing a red and black floral dress while in her prison cell alongside an unidentified inmate.

It paints a somewhat different picture to previous reports that described her as “permanently crying” every day since her arrest and refusing to leave her prison cell.

Ms Sainsbury’s fiance Mr Broadbridge said last week that he was “scared” for his partner’s wellbeing, saying it was “extremely stressful” for her.

He added: “She is concerned about the conditions of the jail, which are not ideal, and it is very difficult for her not knowing anyone in the country”.

An unnamed prison guard was quoted by Channel Nine as saying Ms Sainsbury was now attending daily roll call each morning and was cooperating with the guards.

The source said Ms Sainsbury’s cell was located at Patio 5, on the second floor of the Bogota prison, where prisoners have their own beds inside their cells.

She is also reportedly taking more phone calls than prisoners are ordinarily permitted.

Earlier this week,Channel Nine aired footage of the moments before Ms Sainsbury was arrested at the airport.

Watch the footage below:

She can be seen smiling as she hands over her passport, but her demeanour soon changes when the immigration officer pauses and asks her to come with him.

Her Colombian-based lawyer Orlando Herran, hired by her family, told News Corp that Ms Sainsbury had applied for financial assistance from the Australian government to help cover legal costs.