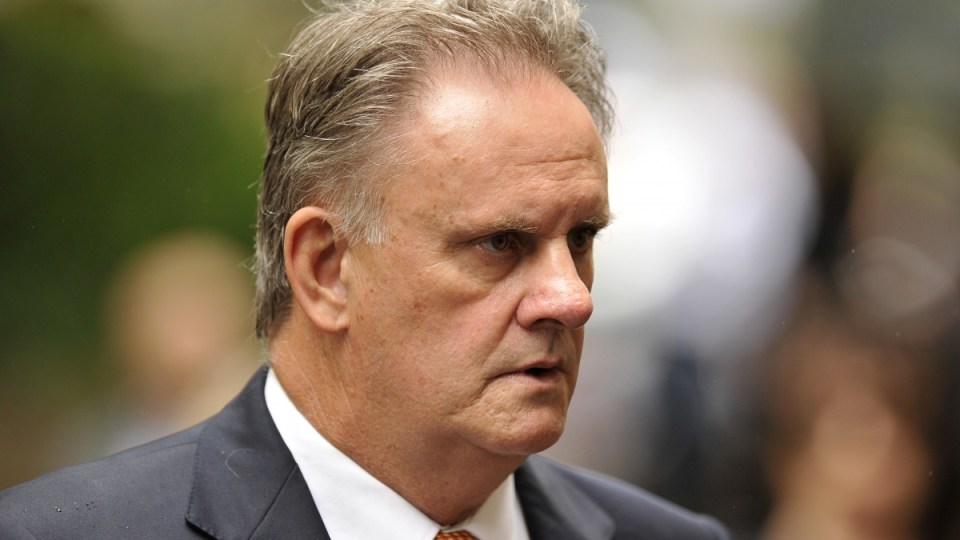 Former Labor leader Mark Latham has announced he will join the Liberal Democrats Party to “fight the good battle” against political correctness.

Mr Latham told Sky News talk show program The Bolt Report on Monday evening his return to politics was to protect freedom of speech, something he says the Labor party doesn’t uphold.

“The fight for free speech in Australia has become critical … you don’t know how bad it is to lose your freedom of speech until it happens to you,” he said.

“We’ve got a sneering, censorist mob – a lynch mob – that if they don’t like what you said they’ll do everything they can to close down freedom of speech.”

Mr Latham, now a media commentator, slammed members of his former party for not allowing him to speak at a local branch meeting, telling them they “can go and get stuffed”.

“I was on the list to talk to the Smithfield Labor party but the Stalinist left led by Rose Jackson effectively rubbed me off the list,” he told host Andrew Bolt.

“People in Smithfield couldn’t listen to me, someone who has lived in western Sydney for more than 50 years and a former party leader, well they can go and get stuffed.”

Mr Latham has also mulled a possible return to Parliament, saying he would be “up for the fight” to defend western civilisation.

“I’m available to fight the good battle in any forum at any time, elections are a long way away … but if the time comes when I thought the best way to muster the fight was in one of the parliaments in the country, I’d do that,” he said.

‘A parody of himself’

“One of the mysteries of public life is why anyone takes this guy seriously anymore,” he told reporters at Parliament House in Canberra on Tuesday.

“He once had something to contribute … that was a long time ago.”

Mr Bowen described Mr Latham as a “parody of himself” and a “desperate attention seeker who is suffering relative deprivation syndrome since he left the Labor party”.

NSW Labor on Monday backed a motion to ban Mr Latham for life.

Frontbench colleague Brendan O’Connor didn’t wish his former colleague ill-will, but described him as “irrelevant to the Labor Party”.

“If he wants to choose to join another political party after getting everything he has got from the Labor Party including his lifelong superannuation that’s his choice,” he said.

Mr Latham confirmed his decision to join the party, headed by Senator David Leyonhjelm, on his Facebook page on Monday afternoon.

He said he wants to “play a role in fighting for our national values”.

“I support 80-90 per cent of the Liberal Democrats platform, pretty good for someone with strong views formed over a long period of time,” Mr Latham said.

“So I have joined up and want to play a role in fighting for our national values, based on personal freedom and responsibility.”

Mr Latham said the Liberal Democrats were a “party of freedom” and allowed “dissent and diversity of opinion”, something his former party didn’t provide.

“We’ve got a fair bit in common, but I’ve never broken a taxi driver’s arm that’s for sure. I don’t get into blues if I can avoid it,” he said.

Mr Latham was fired from his role on Sky News earlier this year after a string of controversial remarks.

In a two-year spat with anti-violence campaigner Rosie Batty, he openly attacked the Australian of the Year on numerous occasions.

In 2015, a semi-anonymous Twitter account spewed a number of trolling tweets against Ms Batty, which she described as “uninformed, ignorant” and “misogynistic” comments.

The @RealMarkLatham account was assumed to be a parody account but was later found to in fact belong to Mr Latham.

In November last year, Mr Latham accused Ms Batty of financial irregularities at the Luke Batty Foundation, saying more than $100,000 had gone missing from the foundation and her alleged misconduct contributed to the resignation of key staff and board members.

Meanwhile in January, Mr Latham claimed Ms Batty was part of a feminist group using domestic violence for political gain and a campaign “against all Australian men”.

His latest controversial remark came in March when he suggested on air that a Sydney high school student was gay because he was involved in a video for International Women’s Day.