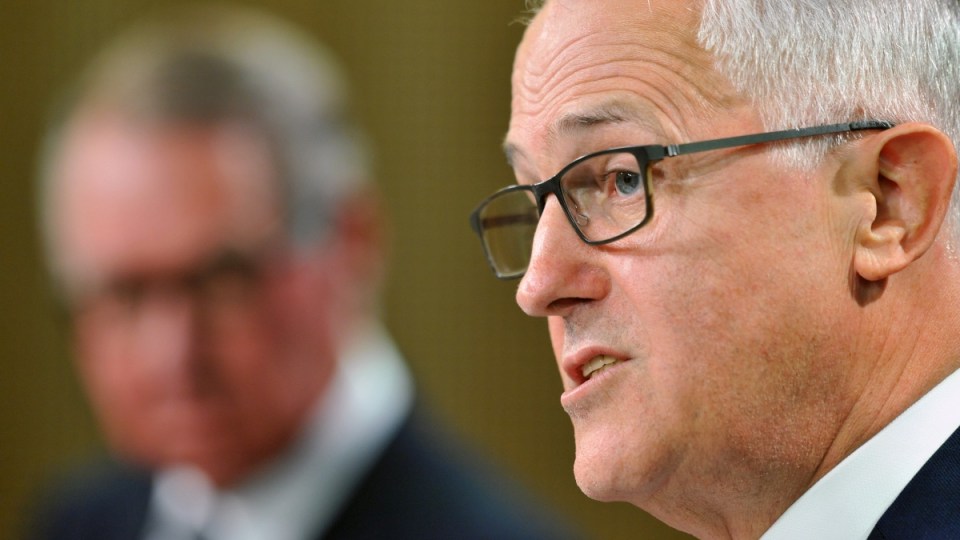 The Turnbull government looks set to face resistance from Catholic schools, unions and even the NSW state Liberal government after it unveiled a new education funding model – dubbed ‘Gonski 2.0’ – that will pay for an overall funding boost by taking money from wealthy ‘overfunded’ schools.

Labor also panned the announcement, describing it as “smoke and mirrors” and a “$22 billion cut”, but education experts, independent schools and at least one public education lobby group have backed the changes.

Standing next to businessman David Gonski, whose Gillard-era schools funding review Labor had used as a political weapon to attack the Coalition, Mr Turnbull said the 10-year plan would “finally deliver on David Gonski’s vision”.

It means 24 ‘overfunded’ wealthy schools will have their funding cut and another 353 will receive less money than they would have otherwise, all so more needy schools can be funded to the Schooling Resource Standard (SRS) established by Mr Gonski’s review.

The Catholic sector, which believes it will bear the brunt of any cuts, reacted angrily to the new package, warning it may lead to fee hikes or reductions in staff.

“We’re very disappointed and very concerned that the government announced a 10-year funding plan without consulting the second-biggest provider of schools in the country,” a National Catholic Education Commission spokesman told The New Daily.

But experts have welcomed the government’s decision to do away with the Gillard government’s pledge that “no school would lose a dollar” under Labor’s Gonski plan.

“The arrangement left in place by Julia Gillard meant that some of those schools would still be overfunded in 100 years’ time. That makes no sense,” Grattan Institute School Education Program Director Dr Peter Goss told The New Daily.

“Turnbull and [Education Minister Simon] Birmingham have shown real courage in taking on the worst of those examples and saying, ‘No, in the future you will get funded what your target is, the same as everyone else’.”

Australian Council of State School Organisations, which represents the families of children in public schools, backed the changes, as did the Independent Schools Council of Australia.

The government is likely to face an ongoing political fight to legislate the new model and may also have trouble winning over the states, which provide a significant portion of schools funding.

“We acknowledge there’s extra money here, but it appears that there’s certainly not as much money as we were promised under the National Education Reform agreement,” NSW Liberal Education Minister Rob Stokes told Sky News, who warned he had a “legitimate expectation” the agreement would be met.

The government would pour an extra $18.6 billion into primary and secondary schools to reach their SRS by 2027, and would scrap the 27 separate funding arrangements the previous Labor government struck with the states and territories.

It has also enlisted Mr Gonski to undertake a second review into education that will examine ways to improve the results of Australian students.

Labor’s shadow education minister Tanya Plibersek accused the government of “an act of political bastardry”, suggesting the plan still constituted “$22 billion of cuts”, slightly reduced from the “$30 billion worth” in Tony Abbott’s 2014 budget.

“This is a $22 billion cut and no one will swallow the rhetoric that this is somehow good for Australia’s kids,” she said.

Australian Education Union Victorian President Meredith Peace said: “The overall amount of extra funding going to schools over the next four school years is an extra $2 billion, where $3.8 billion is required in 2018 and 2019 alone to deliver the full six years of the Gonski agreements.”

“There is already a plan to lift all schools to the minimum resource standard – the six-year Gonski agreements signed with states in 2013, and Malcolm Turnbull needs to honour them.”