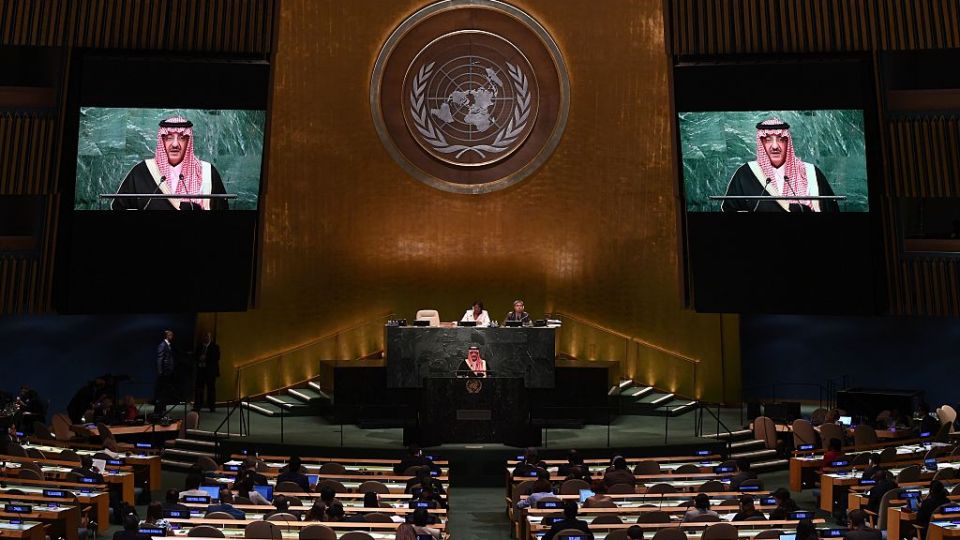 The Turnbull government is refusing to say whether it supported the election of Saudi Arabia to a United Nations body aimed at promoting women’s rights – a decision that has been likened to “making an arsonist into the town fire chief”.

In a secret ballot vote, the repressive regime received support from 47 out of the 54 UN Economic and Social Council nations for its appointment to the Commission on the Status of Women.

Accountability organisation UN Watch, which first exposed the decision, described it as “absurd”.

“Saudi discrimination against women is gross and systematic in law and in practice,” Mr Neuer said in a statement.

“Saudi Arabia bans women from driving cars. Why did the UN choose the world’s leading promoter of gender inequality to sit on its gender equality commission?”

A spokeswoman for the Department of Foreign Affairs and Trade refused to say whether Australia supported Saudi Arabia’s candidacy.

“Places on the Commission on the Status of Women are allocated according to regional groupings,” she said.

“Australia is not in the same regional grouping as Saudi Arabia.

“In this instance, the regional grouping of the Saudi candidate was uncontested, with countries nominating for the five positions”.

However, Mr Neuer said this was irrelevant.

He told The New Daily: “Australia is not responsible for the fact that the Asian group put up no other candidates, but it could and should have voted against Saudi Arabia, and should have convinced its allies to do the same.

“If Saudi Arabia failed to get 28 affirmative votes, even if there were no competitors in the original group, the misogynistic regime would not have been elected.”

The 45-member Commission on the Status of Women “is the principal global intergovernmental body exclusively dedicated to the promotion of gender equality and the empowerment of women”, according to the UN.

Human rights groups have long criticised the Saudi government for its approach to women’s rights.

According to Human Rights Watch, adult women in Saudi Arabia live under a guardianship system that renders them “legal minors who cannot make key decisions for themselves”.

They must obtain permission from a male guardian to travel, marry, or exit prison, Human Rights Watch said.

In a report last year, the organisation did acknowledge that the country had improved in the past 10 years, with moves such as allowing women to enter the workforce and politics.

Former New Zealand prime minister Helen Clark, also a former UN Development Program administrator, wrote on social media that it was important to “support those in the country who are working for improvements in the lives of women”.

Asked by The New Daily to clarify her comments, Ms Clark said whether it was a good outcome “depends on your point of view”.

“Women in Saudi Arabia lack rights many of us take for granted. Notwithstanding that, UN Member States voted the country on to the Commission. One hopes the position is not used to weaken the Commission’s stance on women’s rights,” Ms Clark said on Twitter.

“We’re obviously concerned that rather than engaging with the work of the UN CSW and working towards equality at home, Saudi Arabia may seek to negatively influence or disrupt the UN CSW,” he told The New Daily.

Saudi Arabia will now sit on the commission between 2018 and 2022, joining other recently elected nations such as Algeria, Iraq, Japan and Ecuador.

‘I am not afraid’: The modern unknown soldier risks it all in Ukraine
Greens sign up for Labor’s looming jobs-and-skills summit as Liberals stick with boycott
Joe Biden’s $430b green victory for the environment
China cementing its Thailand ties with joint military exercises
NRL: Titans frantic to end 10-game losing streak as Manly showdown looms
AFL: Western Bulldogs cling to finals hopes after GWS thriller
Yassmin Abdel-Magied: How to make enemies and enrage people
Today's Stories