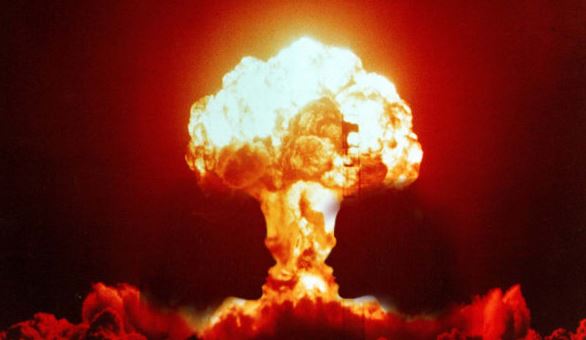 Australian cities risk nuclear attack if Canberra continues to back the US against North Korea. Photo US Defence dept

Australian Foreign Minister Julie Bishop says North Korea should focus on its “long-suffering citizens” rather than the development of weapons of mass destruction and investing in military testing.

This follows North Korea’s warning to Australia that it could be hit with nuclear weapons if it continues to “blindly” follow the United States.

“These present a grave threat to its neighbours, and if left unchecked, to the broader region including Australia,” she said.

“The North Korean government should invest in the welfare of its long-suffering citizens, rather than weapons of mass destruction.”

Earlier in the week Ms Bishop said on the ABC’s AM program that North Korea’s nuclear weapons program posed a “serious threat” to Australia unless it was stopped by the international community.

A spokesman for the North Korean Foreign Ministry accused Australia of “spouting a string of rubbish” about the isolated regime, and warned against following the US.

“The present government of Australia is blindly and zealously toeing the US line,” the spokesman said.

“If Australia persists in following the US’s moves to isolate and stifle North Korea … this will be a suicidal act of coming within the range of the nuclear strike of the strategic force of North Korea.”

The North Korean Foreign Ministry also directly addressed Ms Bishop’s interview, warning she had “better think twice about the consequences to be entailed by her reckless tongue-lashing before flattering the US”.

“What she uttered can never be pardoned,” the spokesman said.

The comments coincided with a visit to Australia by US Vice-President Mike Pence, who continued to condemn Pyongyang’s weapons program at a time of heightened tension between the regions.

North Korea could have a 10-kiloton weapon capable of striking the US west coast and killing 100,000 people within four years, according to a former CIA officer.

“As President [Donald] Trump made clear a few days ago, if China is unable to deal with North Korea, the United States and our allies will,” he said, following a meeting with Prime Minister Malcolm Turnbull.

“Mr Prime Minister, know that President Trump and I are truly grateful to you for calling on China even this week to play an even more active and constructive role in addressing the North Korean threat.”

Mr Pence would not rule out the use of military force in North Korea, repeating “all options are on the table”, but stressed the US was focused on diplomacy at this stage.

On Sunday, a US citizen was reportedly detained by North Korean authorities at Pyongyang International Airport on his way out of the country, according to South Korean reports.

Mr Turnbull, meanwhile, said it was “self-evident” China had the capacity to bring more pressure to bear on North Korea.

But he brushed off questions about whether Australia would join any military strike on the regime in the future.

“At this stage, the support we are providing is at the level of diplomacy [and] is of critical importance,” Mr Turnbull said.

“We are quietly confident, I would say, that China will step up to this challenge and responsibility.

“China has a leverage, an ability to influence North Korea that far exceeds any others.

“As I said earlier this week, the eyes of the world are on Beijing. We seek leadership from China to join the leadership shown by the US and Japan and Australia and other nations around the world committed to peace.”