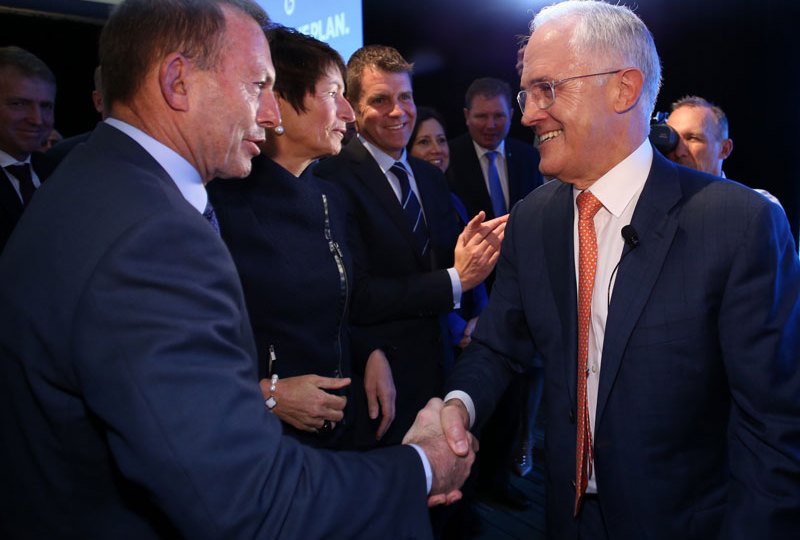 It is hard to disagree with Labor’s Bill Shorten after observing two days of the latest Tony Abbott media blitz.

The Opposition Leader says that, with just 25 days to go to the budget, “all this government can do is fight among themselves”.

Nothing is more important in fostering the confidence of the Australian people than having a convincing economic agenda. Indeed, disconsolate Liberals are hoping Treasurer Scott Morrison’s budget will come up with a political circuit breaker.

But as Mr Shorten says, that can’t be done unless divisions are under control and the electorate sees a unity of purpose within the government.

Another person alive to the mortal dangers of an outspoken former prime minister is veteran Liberal backbencher Warren Entsch, who labelled Mr Abbott “a wrecker”.

Mr Abbott is no ordinary backbencher. He is a former prime minister, long-time leader and self-appointed guardian of the conservative cause.

As he told 2GB’s Ray Hadley and his audience throughout New South Wales and Queensland, he will continue to speak out.

Now, if he did it as a team player, it might even be helpful. But he is doing it as a critic – an internal opposition leader. No wonder Mr Entsch sees him as “a spoiler who should resign”.

But he won’t. Instead he will continue to champion the policies that led to his own demise and that are now seen as acting like a ball and chain on Malcolm Turnbull.

Mr Abbott as PM was a failed project. He may have won 25 seats from Labor in 2013 but it’s hard not to conclude he played a huge role in the government losing 14 seats in 2016.

As Mr Morrison grapples with the numbers and the politics of the budget, Mr Abbott has gone back into the emergency mode he so ruthlessly exploited against the Gillard government.

Without blushing he told Mr Hadley we are a nation going broke, spending more than we are earning. He confuses debt and deficit with a simple household budget and ignores any talk of an ability to service that debt.

His one solution: slash spending. That worked a treat in his 2014 budget with families, health and education targeted to devastating political effect.

There is a pathological demonising of government revenue as “theft”. So allowing Mr Morrison to gain $30 billion over 10 years by trimming negative gearing and capital gains tax concessions is anathema.

And by the way, this denies the Treasurer the ability to take some of the heat out of the housing market in Sydney and Melbourne.

Another Abbott prescription in his fire-stoking chat with Mr Hadley was to cut the immigration intake. This plays straight into the One Nation narrative but alarms business.

Deloitte Access Economics points out that migrants are an economic driver who are unfairly targeted by “populist politicians” and “shock jock echo chambers”.

But as we are seeing with the abolition of 457 visas, the needs of business run second to political imperatives. Even though what we are seeing is a pea and thimble trick.

The political imperative is to nail Mr Shorten and take the sting out of his attack on 457s and the need to put Australian jobs first. But the Prime Minister says the visa will be replaced with two new tougher temporary ones.

Whether this will be the answer to providing full-time jobs for the 1.3 million Australians who are underemployed is highly questionable. And whether the Treasurer can turn the mood around of a majority of Australians who last week told Essential Research they feel they are worse off is equally moot.

Especially if his efforts are undermined by one of his most senior and high-profile colleagues in Mr Abbott.