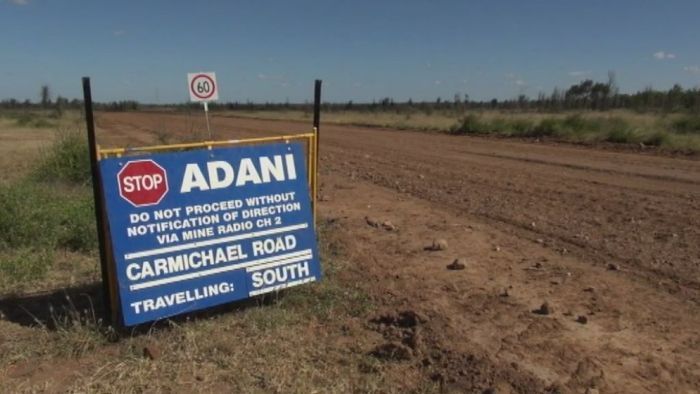 Prime Minister Malcolm Turnbull is understood to have told the Adani Group chairman the issue of Native Title in Australia will soon be resolved, which could clear the way for the controversial Carmichael coal mine.

Mr Turnbull met privately with Gautam Adani and senior Adani executives for approximately half an hour last night in New Delhi, during the Prime Minister’s three-day state visit to India.

The meeting came as Mr Adani prepared to make a final investment decision on the $21-billion Carmichael mine in Queensland’s Galilee basin — which, if built, would be Australia’s biggest.

A Senate inquiry is examining the fallout from a recent federal court ruling that threw into question more than 100 mining and pastoral agreements with Native Title holders, including one covering Adani’s Carmichael project.

The Federal Government is trying to pass legislation which would reverse that court ruling. 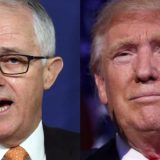 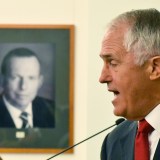 It is understood Mr Adani asked Mr Turnbull during their meeting for a resolution to uncertainty over Native Title.

Mr Turnbull is believed to have told him that the issue needed to and would be fixed.

A spokesman for the Wangan Jagalingou Traditional Owners Council, which claims the project impinges on their rights, questioned Mr Turnbull’s assurance of a fix to Native Title uncertainty.

The council said no deal had been struck with Labor to pre-empt a decision on Native Title.

The spokesman said the Prime Minister’s commitment assumed changes to the Native Title Act would resolve the matter when there were existing matters before the courts.

No promise of loan for Abbot Point rail link

Adani is also seeking a $900-million Federal Government loan for a railway linking the mine to port, from the Government’s Northern Australia Infrastructure Fund.

It is understood Mr Adani acknowledged to Mr Turnbull that the loan needed independent approval.

Earlier yesterday Mr Turnbull said while he was “looking forward” to meeting Mr Adani, the loan was outside his control.

“That’s an independent process, it has to go through that process — that independent assessment by the board,” Mr Turnbull said.

Mr Turnbull also said he supported exporting Australian coal and other resources to India to assist with India’s “enormous need” for more electricity.

“We play a big role as a coal exporter of course and [we are] now in a position to export uranium,” Mr Turnbull said.

Environmental activists have threatened to disrupt construction if the mine goes ahead, arguing the emissions from burning coal will drive climate change and threaten Queensland’s Great Barrier Reef.

Trade talks to be resuscitated

“That is a very important prime-ministerial commitment to getting on with it and dealing with it and identifying where the parties are close, where they’re apart,” Mr Turnbull said.

“The process needed some energy, and it has been re-energised today.”

Former prime minister Tony Abbott visited India in 2014 and set the ambitious target of signing a free trade agreement by 2015, but since then there has been little, if any, progress.

At a speech on India-Australia education links last night, Mr Turnbull praised Mr Modi for agreeing that progress had been “too slow” and that the talks should be resuscitated.

“We have agreed to direct our chief negotiators to meet as soon as possible,” Mr Turnbull said, describing the development as an “important prime-ministerial commitment to getting on with it”.

The Prime Minister’s comments last night reflect a change of attitude from his criticism of Indian protectionism ahead of his meeting with Mr Modi.

“It will take some time,” Mr Turnbull warned when asked about progress on the deal.

“India has a long tradition of protection, particularly for agriculture.”

Neither side has committed to a timeframe for concluding a deal.

Turnbull meets with Adani chairman, reiterates support for mine