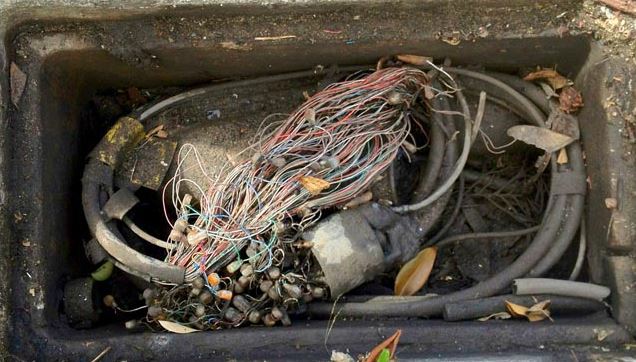 Experts agree Malcolm Turnbull's decision to scrap fibre connections has saddled the NBN with slow speeds and the tangles of Telstra's ancient wiring.

The disastrous rollout of Australia’s NBN is a national tragedy, according to new research by one of the country’s most respected engineers.

Professor Rodney Tucker, of Melbourne University, argues that Prime Minister Malcolm Turnbull’s fateful decision as Communications Minister to opt for Fibre to the Node (FTTN), has been an extremely costly disaster.

While the rest of the world is opting for Fibre to the Premises (FTTP), Australia is embracing an obsolete technology.

Professor Tucker’s paper, The Tragedy of Australia’s National Broadband Network, just published in the Australian Journal of Telecommunications and Digital Technology, argues that a worldwide tipping point has been reached.

Globally, the majority of connections are now through FTTP. Australia is one of the very few countries using mass deployment of FTTN, with poor results.

Professor Tucker concludes: “This situation is nothing short of a national tragedy and a classic example of failed infrastructure policy that will have long-term ramifications for Australia’s digital economy.”

The news comes after reports that Australia has slower internet speeds than Kenya or Latvia – and is continuing to sink dramatically down the world rankings.

America now has 250 “gigabit” cities using FTTP, proving a boon for local economies. Australia has none.

Professor Tucker told The New Daily: “The NBN is a great loss of opportunity. We are becoming a broadband backwater. It will have profound effects.”

Associate Professor Mark Gregory, of RMIT University in Melbourne, was equally scathing when he spoke to The New Daily.

“Every Australian expert could see what was happening with technology,” he said. “The economic case used by the Coalition government was nonsense from the outset.

“This is the largest single waste of public funds in Australia’s history. Turnbull must take ownership of this mess. The cost to the taxpayer is currently at $49.5 billion and there is every indication the government will have to tip in another $5-10 billion.”

Paddy Manning, author of the Turnbull biography Born to Rule, told The New Daily that Malcolm Turnbull had been sceptical of the NBN from day one.

“In the 1990s Turnbull made a fortune from the internet, more than $40 million,” Mr Manning said. “Unfortunately he drew the wrong lessons from his experience. He thought there would not be enough demand for superfast broadband.

“There was also a knee-jerk ideological wariness of government enterprise and an unwillingness to embark on genuine long term nation building infrastructure projects.

“The Coalition has to shoulder the blame for FTTN. It is a mistake. It will prove an even bigger mistake when we have to find an untold amount of money to upgrade it.”

Chief Executive of Internet Australia Annie Hurley told The New Daily the government urgently needed to rethink the failed NBN. She advocated a bipartisan approach, bringing together the finest engineering minds in the country, including Professor Tucker, to plan a way forward.

“We have turned a vision into a quagmire,” she said. “There is sufficient evidence from around the globe that FTTN is an obsolete technology, yet it continues to be rolled out. We are throwing all this money at it, and we are going to have to come around and do it all again. That is the tragedy.”

Andrew Johnson, chief executive of professional association the Australian Computer Society told The New Daily: “We further reiterate that the reach, speed and quality of an NBN is critical to Australia’s future economic prosperity.”

A spokeswoman for the NBN did not respond to Professor Tucker’s criticisms.

The experts agree, Turnbull’s NBN is ‘a national tragedy’