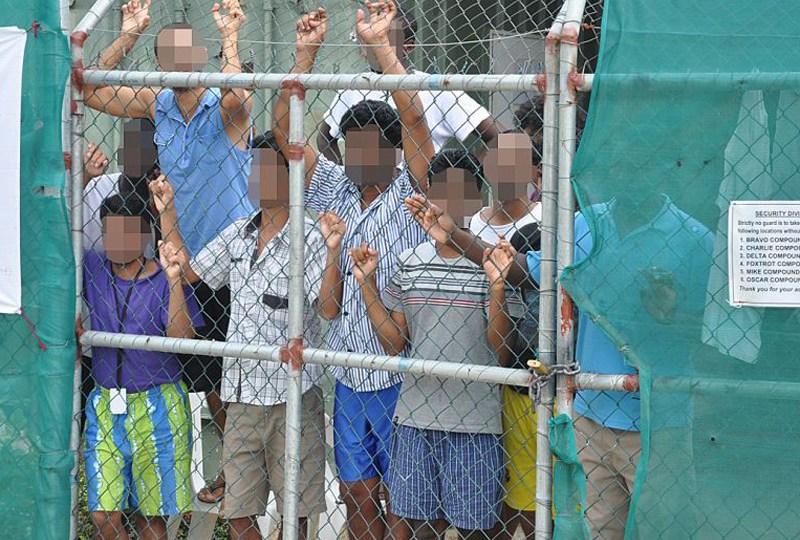 Refugees wanting to move to the US have been given forms outlining the support that will be provided if they are accepted. Photo: AAP

Officials from the US Department of Homeland Security (DHS) are now on Manus Island fingerprinting and photographing refugees as part of the US-Australia refugee deal.

The officials are expected to spend three days on the island and plan to return to conduct further interviews later this month.

Refugees who have expressed interest in moving to the United States have been provided with documents outlining the support that will be provided should they be accepted.

“A resettlement agency will provide assistance with housing, medical appointments, job seeking support and other essential services for at least 30 to 90 days after your arrival in the United States,” the documents state.)

The documents go on to outline eligibility for family members to follow those who are accepted, including children, spouses, parents and possibly other relatives. 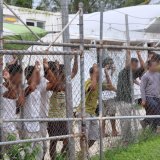 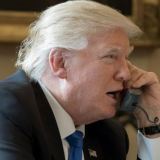 US said to be honouring asylum seeker pact 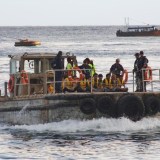 Refugee groups: ‘No one can be left behind’ in US deal

“Your resettlement agency can assist you with family reunification efforts after you are resettled.”

About three hundred people on Manus Island were interviewed during visits by officials earlier this year, with about the same number yet to be spoken to.

Department of Homeland Security staff have already been on Nauru conducting a similar process.

Those who are being fingerprinted and photographed have been issued with an “appointment for collection of biometric information” letter.

Security and health checks will also be conducted before any refugees are approved for acceptance into the US.

All will have to meet ‘extreme vetting’ requirements being implemented by the Trump administration.

The specifics of those requirements remain vague.

None of the refugees have yet been given a timeframe for potential transfer to the United States under the deal brokered between the Turnbull Government and the administration of former president Barack Obama.

“Once all interviews and security checks are complete, DHS/USCIS [United States Citizenship and Immigration Services] will make the decision about whether you are eligible for resettlement to the United States and will issue a decision letter,” the paperwork states.

There is concern Mr Trump’s reduction of refugee places from 110,000 to 50,000 for 2017 could affect the timetable for resettlement, even if refugees from Australian-run detention centres are approved.

Several people have recently been deported from Manus Island after their refugee applications were rejected.

A number of those deported over the last few weeks have been Lebanese men.