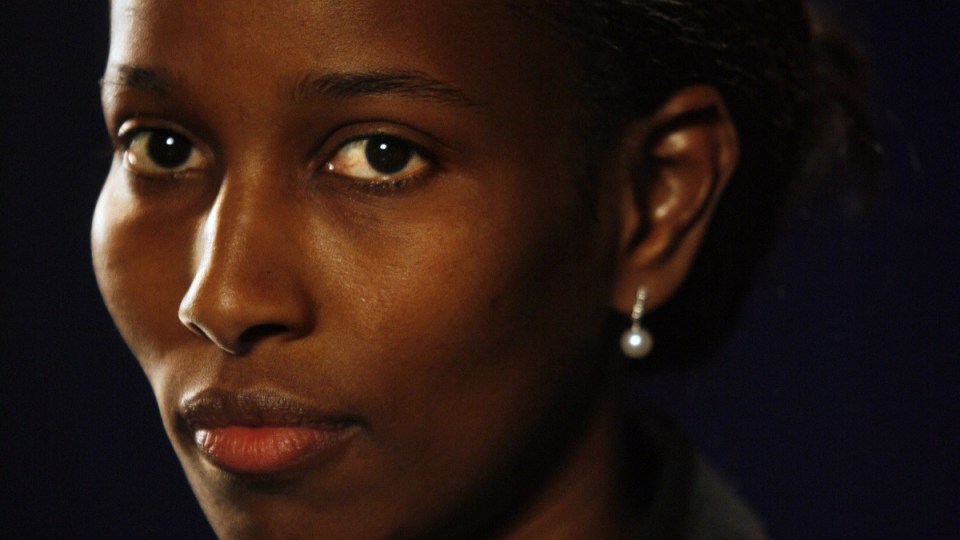 The Q&A panellists launched into an emotive discussion around freedom of speech, largely powered by the absence of controversial anti-Islamic activist Ayaan Hirsi Ali who was due to appear as a member of Monday night’s panel.

While the exact “security concerns”, among other reasons, that led to Ms Hirsi Ali’s cancelled Australian tour remain unconfirmed, Federal Environment and Energy Minister Josh Frydenberg blamed it on the need to reform Section 18C to “protect and promote freedom of speech”.

“It is very regrettable people have sought to prevent her coming to Australia because they see her as the enemy of tolerance. I see her as an enemy of intolerance,” Mr Frydenberg said.

“Personally I don’t agree with everything that she has said about Islam but … she sends a very powerful message as well about how secular laws should be above Sharia law.

“My view is she would have received a lot of support here in Australia for airing what are somewhat controversial views. And she should be allowed to speak her mind and people who disagree with her should be able to challenge that. That’s the point of a free country like Australia.”

But Q&A host Tony Jones suggested the security concerns were exaggerated, citing a petition which expressed “disappointment” in response to Ms Hirsi Ali’s Australian tour that attracted fewer than 400 signatories.

Mr Frydenberg said he was “shocked” that the petition had garnered the support of psychologists, doctors, lawyers and community activists; all in agreement that she should not visit Australia and speak her mind.

.@HelleThorning_S dealt with a number of terror incidents @Yunus_Centre thinks these opinions are not new but shouldn't incite people #QandA pic.twitter.com/u9t7QNlWqG

“It seems a little ironic that the party that was arguing against freedom of speech would propose it here tonight,” she said.

“I do think that the overwhelming majority of the Australian people would have been prepared to welcome her to this country. I am disturbed at the fact we have a petition signed by about 400 people, some of them quite prominent, suggesting that she should not come to this country.

“I think this is contrary to the fundamental values of Australian democracy.

“This is a courageous and inspiring woman. Now I don’t agree with all her positions, but she certainly raised fundamental questions about Islam which we should be prepared to debate as a society, debate and confront frankly.”

“Of course she should have the right to come to Australia to put her points of view across,” she said.

“This is what democracy is all about.”

While Nobel Peace Prize winner and social entrepreneur Muhammad Yunus said he agreed that everyone had the right to speak freely, he moved that there should be limitation when opinions were reduced to insults.

“You can come up with your opinion about certain aspects of Islam and so on. But that should not go into a level of inciting people, and kind of bringing intolerance into the discussion. The key thing is intolerance … You do it in a friendly way.

“Freedom of speech doesn’t give you the licence to insult somebody, cut down the respect and the feelings of other people.”

Ms Thorning-Schmidt argued that if freedom of speech was limited, it could silence people trying to bring about important social change.

“When women were fighting for their rights in the ’60s and ’70s, I think a lots of people thought they had a very insulting tone to some of the men they were fighting against,” she said.

“I think you have to use a language — not an insulting language if you can avoid it — but you can’t limit freedom of speech. But you can be responsible for how you use it … That’s what is lacking in the world.”