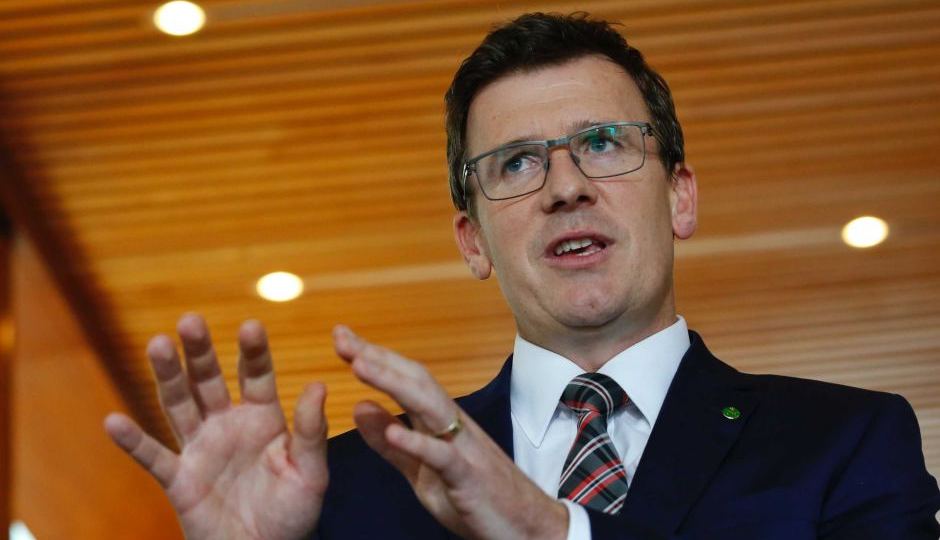 One of Australia’s leading criminal barristers believes Human Services Minister Alan Tudge – or one of his staff – may have broken the law by supplying a journalist with a Centrelink client’s personal information.

Robert Richter, a Queen’s Counsel and former chairman of the Criminal Bar Association, believes the disclosure could lead to a prison sentence if it is tested beyond reasonable doubt in a criminal court.

Mr Tudge has dismissed the legal advice, saying the disclosure was approved by his department’s lawyers and was necessary to correct misleading public statements.

“Labor’s lawyer provided an opinion without knowledge of what information was disclosed – he has admitted this,” Mr Tudge told the ABC.

“I received clearance to release the information from the Chief Legal Counsel of the Department of Human Services, who is intimately across the details of the case and the relevant laws.”

Mr Richter’s advice was commissioned by Labor MP Linda Burney and his findings were based on public information, rather than inquiries with Mr Tudge’s office.

In his opinion, it is “reasonably clear that either the Minister or one of his office’s staff had committed an offence”.

“We cannot presently put it higher without knowing precisely the content of the information that was disclosed and by whom it was disclosed,” Mr Richter said.

Labor has criticised the Government for releasing information about blogger Andie Fox to a Fairfax Media journalist in February, for a story that considered whether Centrelink had been unfairly maligned.

A few weeks earlier, Ms Fox had written an article for the same media organisation claiming she had been terrorised by the Government agency for an outstanding welfare debt.

The disclosure quickly became a political issue when Ms Burney referred Mr Tudge to the Australian Federal Police (AFP) to determine whether he or his office broke any privacy laws.

The AFP are still evaluating that referral and Privacy Information Commissioner Timothy Pilgrim has made his own inquiries about the disclosure.

Peter Sutherland, a social security law expert at Australian National University, previously told the ABC only a court could determine the legality of the disclosure.

Ms Burney said the legal advice from Mr Richter was “damning” and described the disclosure as an intimidating and gross misuse of a powerful position.

“Was this just a vindictive campaign to silence his critics with a total disregard for privacy laws?” she asked.

“How many other Centrelink clients have had their privacy breached because they dared criticise the Government?”

Information release to ‘correct the record’

During Question Time on Thursday, Mr Tudge again said he had the legal authority to disclose information about a welfare recipient.

“These are laws that have been available to successive governments to correct the record when serious allegations have been made that could end up de-legitimising government institutions,” he said.

“It is governed by the Privacy Act which has very strict provisions, but there is also provision in the law to provide discrete pieces of information to correct the record on certain occasions,” he said.