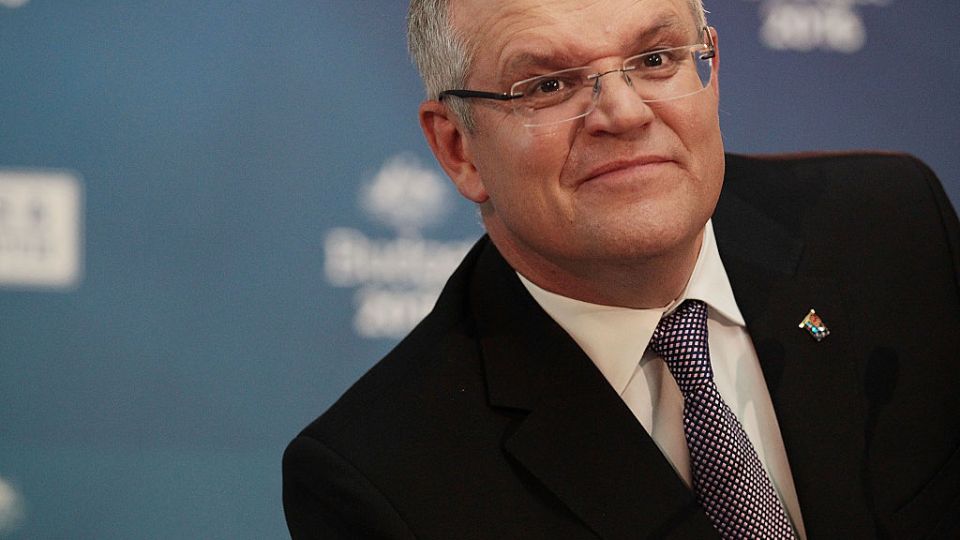 With the federal budget only five weeks away, Treasurer Scott Morrison has admitted that returning the nation’s finances to balance by 2021 was “a difficult challenge”.

The news comes as the Turnbull government slipped marginally in the latest Newspoll, with Labor gaining ground to lead 53 to 47 per cent in two-party preferred terms.

The two major parties share the primary vote with 36 per cent, with the Coalition dropping one point since the last survey two weeks ago, while Labor increased by one.

Mr Morrison’s concession comes just days after the Parliament agreed to a tax cut to 27.5 per cent, down from 30 per cent, for businesses with a turnover of up to $50 million, to be phased in over the next three years.

Speaking on Sunday, the Treasurer declined to put a figure on the economic benefits of the business tax cuts or to offer a timeline on a return to surplus.

“We are committed to getting the full dividend of the full [tax] plan,” he told ABC TV.

The government plans to introduce legislation to lower the business tax rate to 25 per cent when it believes the Senate will be more cooperative.

The Treasurer also said he wasn’t prepared to promise a surplus and then fail to deliver it like Labor did in government.

“You would need to find a microscope to find the economic dividend,” he told reporters in Sydney.

“It just goes to show that this government’s slogan of jobs and growth is just that.”

Mr Morrison also foreshadowed a strong focus in the budget on housing affordability issues, especially in major cities like Sydney and Melbourne.

He said housing affordability was as much an issue for people who rent as it was for people who were seeking to buy and particularly for those on very low incomes.

He refused to speculate whether the budget will include tax increases.

The Treasurer and Prime Minister Malcolm Turnbull have rarely strayed during 2017 from a script which focuses on cost of living pressures. His second budget, to be delivered on May 9, will be about generating economic growth, remaining disciplined on spending and tackling housing affordability, he says.

“It is all about growth to support the jobs and higher wages we want Australians to have and it is about continuing on the disciplined path of managing the budget,” Mr Morrison said.

He said the government was able to retain the nation’s triple-A rating after the mid-year budget review in December and it remains the focus now.

The poll, based on 1708 interviews, saw Pauline Hanson’s One Nation remain steady at 10 per cent, while the Greens improved their primary vote from 9 to 10 per cent.

Labor frontbencher Ed Husic said he doubted it would be a “rosy budget”.

However, the government’s latest monthly financial statement for February shows the budget deficit for 2016/17 running at $36.6 billion after eight months, when it was predicted to be $40.2 billion at this stage of the year. The deficit was forecast at $36.5 billion for the full financial year.

Shadow assistant treasurer Andrew Leigh would not say whether Labor would repeal the tax cut in government.

“We will have those conversations as we come into the next election,” Dr Leigh told Sky News.

“We will be looking at the impact this has on our triple-A credit rating and that’s probably a bigger concern to many businesses than a company tax cut.”