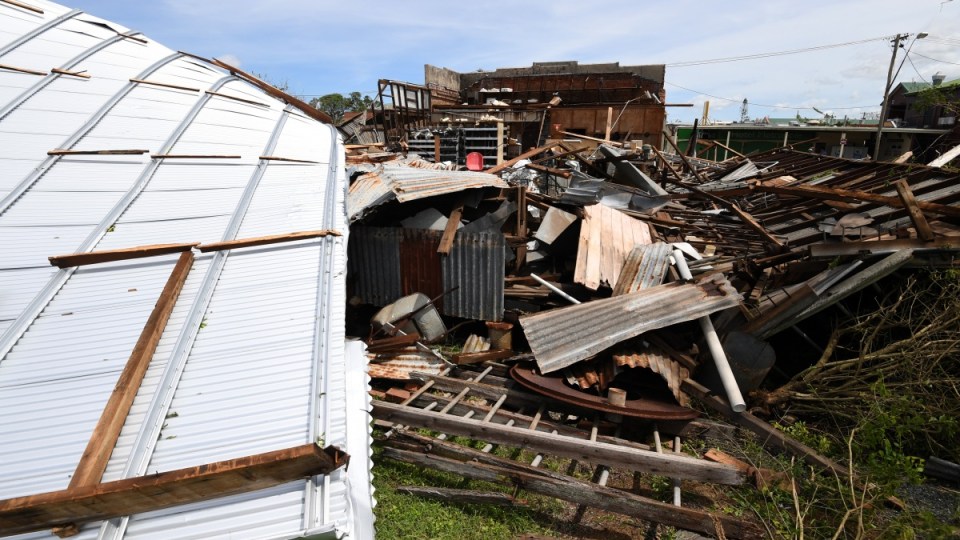 Cyclone Debbie victims are demanding answers about why the federal and state government’s community relief and recovery fund has offered less than half the compensation as when Cyclone Yasi struck.

Residents from some of the most heavily hit areas have criticised the Queensland government for allocating just $1 million between four charities delivering cyclone relief services to those in need.

Many are still waiting to receive assistance, while some have been told they are not eligible because they do not live in the “impact zone”, despite some of them living in the Whitsundays region.

While Debbie was a category four cyclone with wind gusts and widespread damage comparable to Cyclone Yasi, affected residents have not been granted a similar level of compensation.

Those in the impact zone may seek “immediate hardship” compensation claims of up to $185 per person or $900 for a family of five or more.

A government spokesperson did not respond to The New Daily‘s questions before deadline about how the relief compensation compared to previous natural disaster events and what factored into the difference in funding.

Cannonvale single mother Taylah Bekker, 20, evacuated with her two-year-old son Alex to escape Cyclone Debbie and has been unable to return home.

“When I went back to my apartment the carpets were completely soaked and my bed was also soaked,” she told The New Daily.

“I lost all of the contents of my fridge due to the loss of power, so I am currently staying somewhere else.

“When I first tried applying for the support grants online I was told that I’m not eligible. So I tried a second time a day later and was then told that I may ‘possibly’ be eligible for the grant.”

Ms Bekker said that three days on she is yet to hear back from the authorities and has not received any further information aside from an email confirming her submission.

Proserpine resident Emma Buckman, who has a family of five, told The New Daily that the process of applying for assistance was a “minefield”.

“You have to navigate your way through pages and pages of questions and you need all your IDs with you to fill it out,” the 40-year-old said.

“You go through all of that only to receive an email with a reference number. It doesn’t tell you whether you need to do something with that reference number or just wait to be contacted. It just leaves you wondering, what’s next?”

Ms Buckman said the community had “been through hell and back” and deserved a speedier response and greater certainty about where the so-called “eligible” boundary line had been drawn.

A friend of hers in Jubilee had been without water for four days and bathed her children in the flood water in desperation.

Ms Buckman’s property had flood damage through the loungeroom roof and in the laundry, and a roof was blown into her backyard from about two streets away. She has also been without power for six days and does not expect it to return for another two to three weeks.

“I understand that things take time. But it’s been chaos. It’s been almost one week, and it feels like it’s taking forever,” Ms Buckman said.

A spokeswoman for Queensland Emergency Services Minister Mark Ryan told The New Daily disaster relief and recovery payments would be provided through the Natural Disaster Relief and Recovery Arrangements – a joint funding initiative of the Commonwealth and State governments, managed by the Queensland Reconstruction Authority.

“The grants may be used for clean-up activities, replacement of damaged equipment and stock, and other general repairs.”

A sense of community emerges

Amid the devastation, however, some community members have banded together to support one another.

A Cyclone Debbie volunteer group has also emerged, with a Go Fund Me page seeking donations to ensure they can continue offering free clean-up assistance, particularly to the elderly and single parents.

Those experiencing personal hardship have been urged to contact the Community Recovery Hotline on 1800 173 349 or visit www.communityrecovery.qld.gov.au for more information.