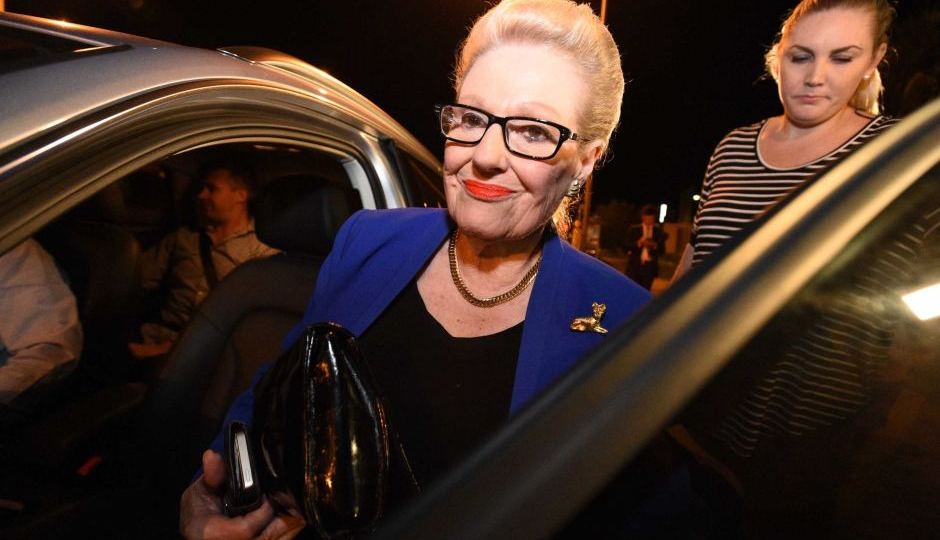 Bronwyn Bishop was a high-profile casualty of a travel expense scandal. Photo: AAP

The new rules come after former health minister Sussan Ley was forced to quit the frontbench in January over her travel claims, as well as the infamous ‘choppergate’ scandal involving Bronwyn Bishop.

Earlier in the week, Special Minister of State Scott Ryan would not be drawn on whether parliamentarians could claim travel to a party fundraiser under the new rules.

“I don’t want to get into pre-empting work the authority is going to do about making such determinations,” he told Sky News.

But the proposed legislation, introduced into Parliament on Thursday, permits politicians to claim travel expenses for party events that are “connected with both their political party and their membership of the Parliament”.

Asked if politicians would still be able to claim travel to party fundraisers under the new rules, a spokeswoman for Senator Ryan said: “It is a long-standing convention that MPs can claim travel expenses for participation in formal meetings of political parties, such as a national or state conferences.

“These are the organisations that endorse MPs and many parliamentarians play a role within their party.”

Under the new system, which will be overseen by the Independent Parliamentary Expenses Authority, politicians’ claims will also have to meet a “value for money test”.

The overhaul seeks to define “parliamentary business” and introduces a “dominant purpose” test, which says that politicians can only make a claim where the main reason for their travel fits within that definition.

It follows a string of controversies over politicians’ use of their expenses.

Former Speaker Bronwyn Bishop, whose decision to charge the taxpayer for a chartered helicopter sparked her downfall, claimed this week she had “done nothing wrong”.

Ms Ley, meanwhile, bowed to pressure to resign in January after she was accused of improperly charging the taxpayer for a Gold Coast trip during which she also “spontaneously” bought an apartment.

Labor MPs have also been embroiled in controversy over their expense claims in recent years.

The government was essentially legislating the pub test, he said.

“I think that level of comfort politicians have will now go because they will have to be prepared to answer for how they’ve applied the principles,” Professor Mulgan told The New Daily.

“It won’t rule scandals out altogether but it will make it harder.”

Professor Mulgan said it would be “utopian” to rule out party political events entirely, but noted that the new definitions tightened the rules in this area.

“[The new rules] rule out pseudo events where it looks like the parliamentary business has been cooked up quickly as a figleaf for say a party fundraiser,” he said.

But Greens Senator Lee Rhiannon said it was “highly unlikely” the government’s expenses overhaul would “stamp out the problem”.

She said stronger penalties were needed for politicians found flouting the rules.

The Greens have previously called for jail time for politicians who deliberately submit false travel claims.

“If you don’t have strong penalties … the culture doesn’t change,” she told The New Daily.

Under the government’s plan, parliamentarians would be forced to pay back any claims found to be unjustified, plus 25 per cent.

A Labor spokesman said it had urged the government to make changes to “parliamentary expenses system”.

“We are carefully considering this latest response,” he said.